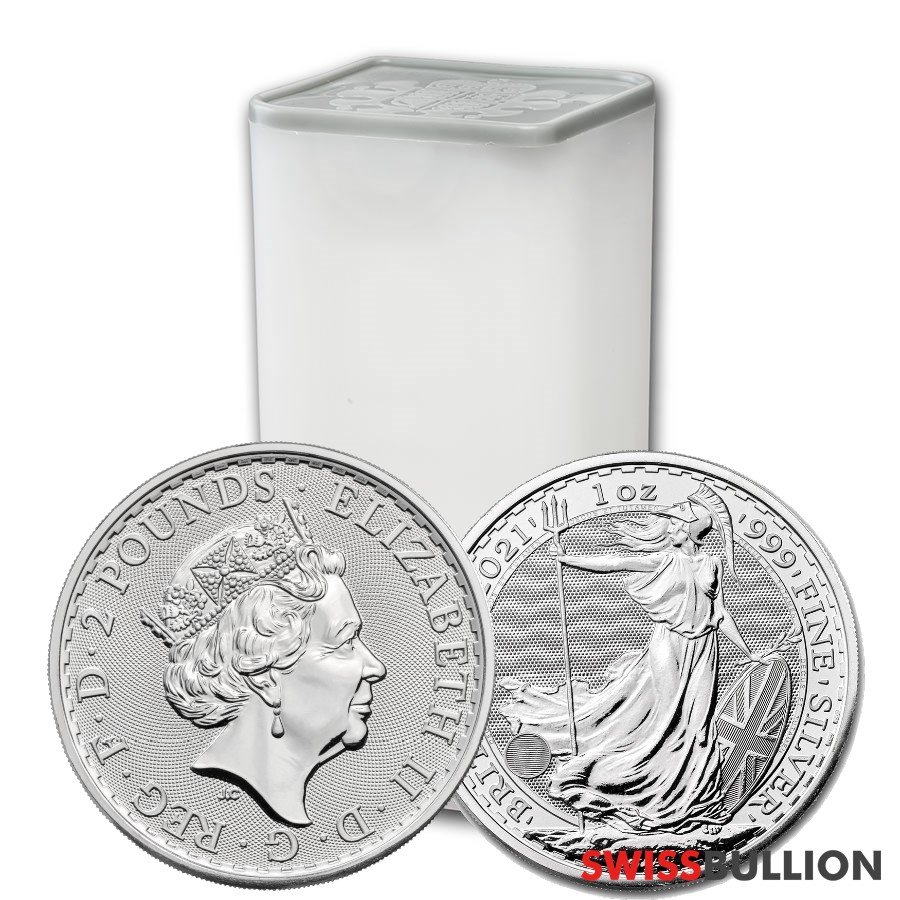 Design of the 2021 Silver Britannia

Each coin features a portrait image of Queen Elizabeth II on the front. Inscribed around her are the words 'Elizabeth II'. The coin's face value of £2 GBP is also located on the outside of the coin, inscribed as '2 Pounds'. The reverse of each coin features an image of Lady Britannia walking on the water, her dress flowing in the wind. She carries a trident in one hand, and a shield featuring the Union Jack in the other. Around the coin features the words 'Britannia, 2021, 1 Oz, 999 fine, Silver'. Each silver Britannia coins contains 1 troy ounce of 999 fine investment-grade silver bullion, making the coins 22 karat silver bullion.

Although the date is updated annually on the coins, the rest of the design remains the same.

About the 2021 Silver Britannia Coin

The British Britannia coin is the main silver bullion coin released by the government of the UK annually and is available in 1 Ounce and fractional ounce sizes. The British Sovereign coin is only available in gold.

Tubes of 25 silver Britannia coins are sold in mint-issued plastic tubes, with the Royal Mint logo inscribed on the top. Each tube contains 25 1-ounce silver coins. Coins can also be purchased individually.

The British Britannia coin is also available in gold and in platinum.