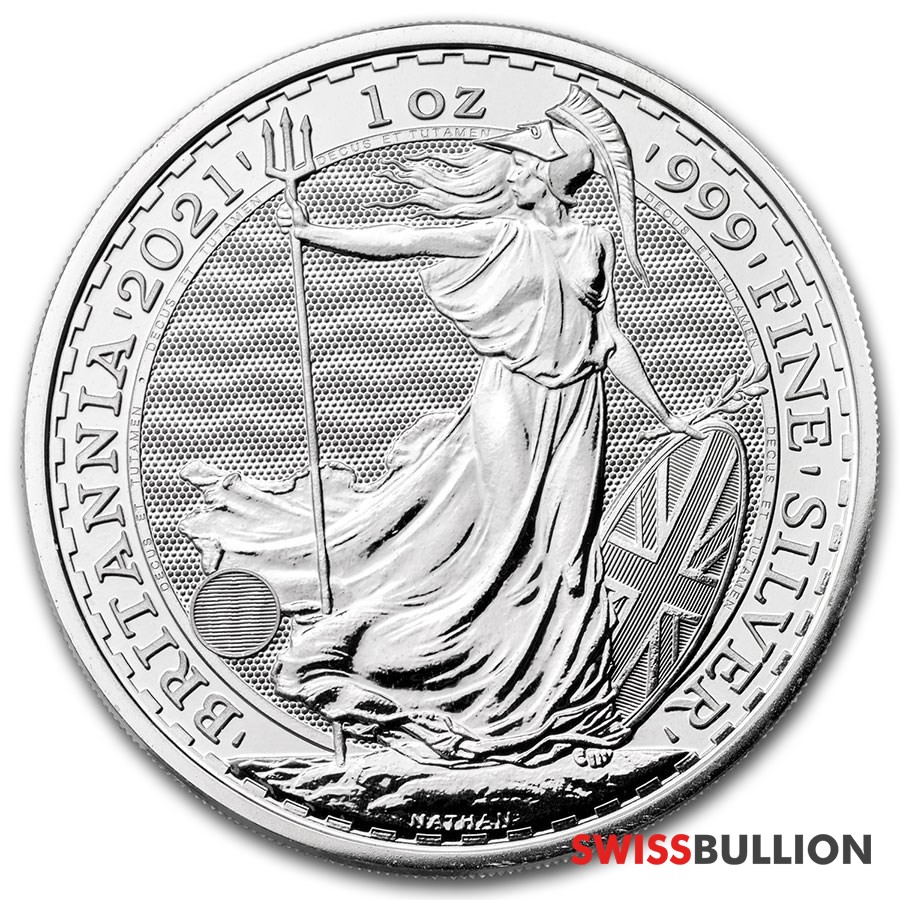 Each coin features Queen Elizabeth II on the front, with the coin's face value of 2 GBP.

The Silver Britannia gold coin is made in the same design as the Gold Britannia coin produced in 1987. Sculptor Philip Nathan’s design shows the courage of the British people. In the design, Britannia is standing against a strong wind while holding a trident on her right hand and a shield on her left. The shield she is holding shows the Union Jack which is a symbol of the English naval might.

After the success of the gold Britannia coin, the royal mint started producing 1 Oz silver Britannia coin in 1997. In this first year, a small number of coins were issued as proof that the Royal Mint was producing silver coins. Over the years, the content of fine silver in the coins has gone up. For instance, in 1998-2012 the silver coin that was minted had a fineness of .958. However, Britannia silver coins minted from 2013 had a fineness level of .999.

The Britannia designed on the back of the 2021 1-ounce silver Britannia coin was done by Philip Nathan. The image of Queen Elizabeth inscribed on the front was done by Jody Clark. Queen Elizabeth II has been the queen of England since 1952 and the effigy by Clark is the fifth one to be featured on the coin. The effigy shows the queen in a right-profile wearing the Royal Diadem crown. The Britannia design by Nathan was chosen to appear on the silver Britannia coin by the Royal Mint after the contest to find the perfect design was held.

Why Buy The 2021 Silver Britannia Coin

The silver British Britannia coin is available for VAT-free Swiss storage or delivery.