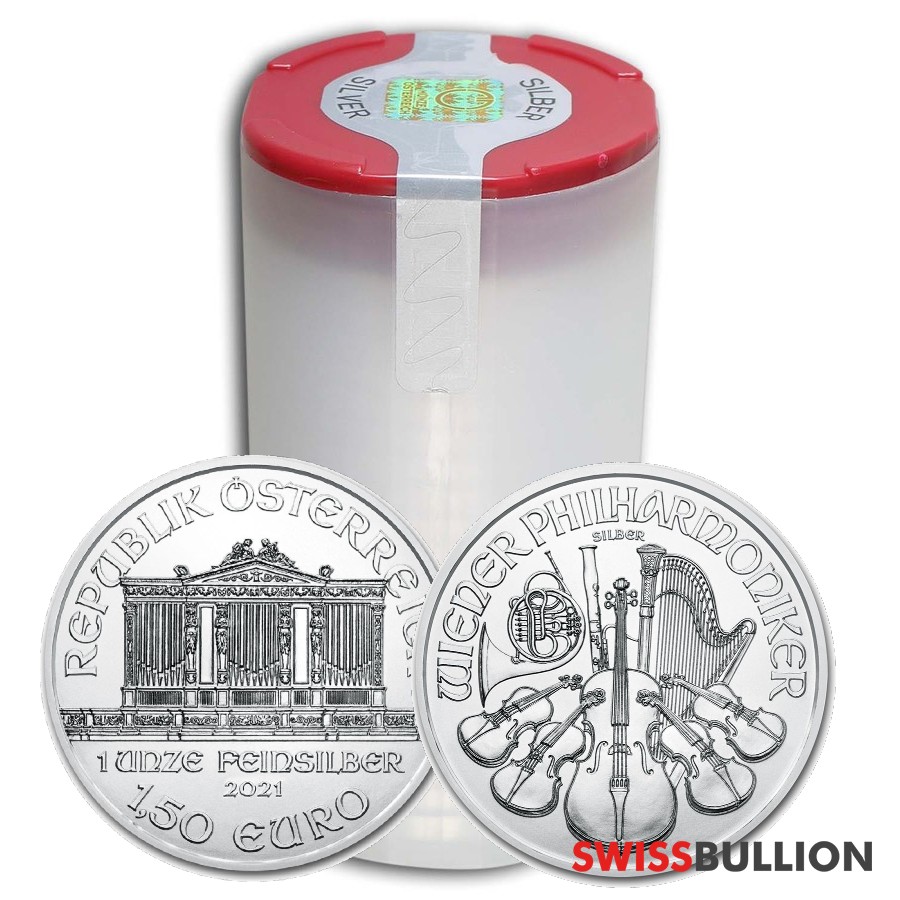 The 2021 Austrian Silver Philharmonic coin is a newly released product from the Austrian Mint. The coin was produced for the first time in February 2008 in brilliant uncirculated condition. The coins were produced in the honor of the Viennese Philharmonic Orchestra. Individual coins weigh 1 ounce and contain silver that is .999 pure.

The front of the silver Philharmonic bears an image of the Great Organ. This is a large musical instrument built to resemble the structure of the Golden Concert Hall. The venue where the Vienna Philharmonic Orchestra performs in Austria is called Musikverein.

The back of the silver Philharmonic coin bears the image of eight instruments used by the Vienna Orchestra. The design has a cello at the centre surrounded by two violins on the side. The French horn, the harp, and the bassoon appear in the background.

These coins are available for VAT-exempt storage and for delivery worldwide. Coins may be purchased in any of 15 currencies and 5 cryptocurrencies.