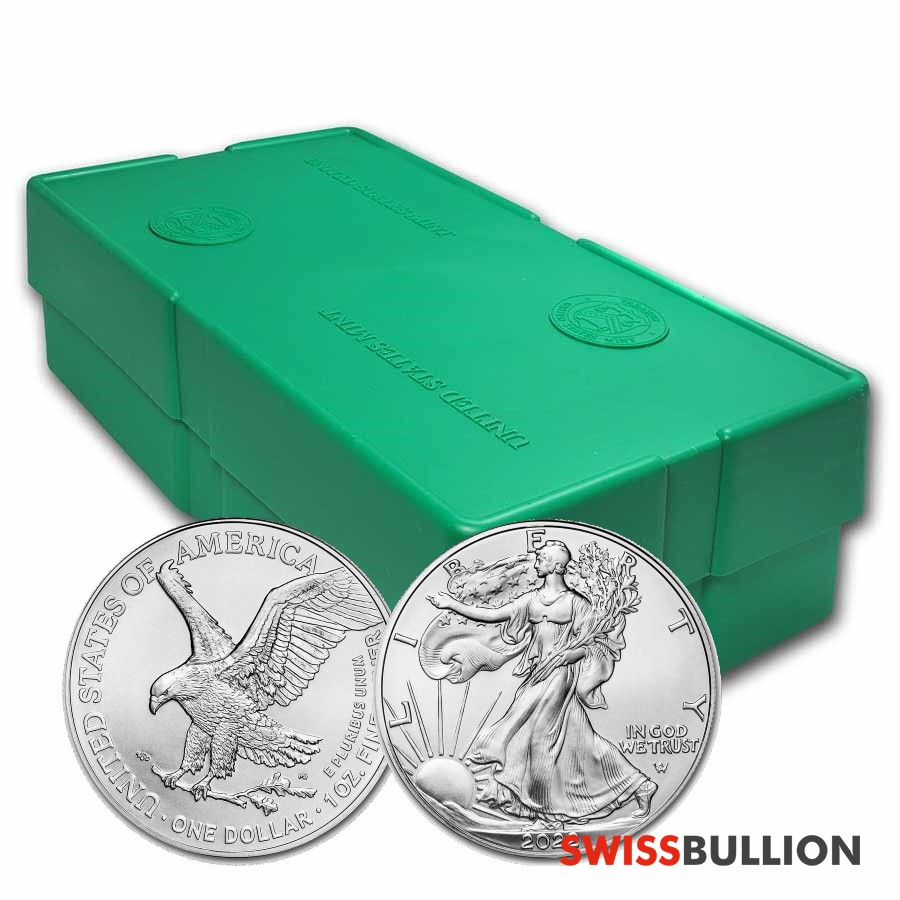 The American Eaglemonster box of 500 coins contains beautiful silver coins minted with high craftsmanship. The front of the coin bears an image of an American bald eagle holding an olive branch with its claws. The front is also inscribed with the country of origin, the face value, and the weight. The words “E PLURIBUS UNUM” are also inscribed on the obverse.

The back of the coin is engraved with the image of lady liberty holding olive branches. She’s wearing a flowing gown that is decorated with stars symbolizing the states. Lady Liberty is depicted in the left profile with the rising sun emerging from the horizon. The year of manufacture, and the words “In God We Trust” are also inscribed on the reverse.

The Features of the 500 X 1 Ounce Silver Eagle Coins

The pioneering design of the American silver eagle by Emily dumpster. The coins are available throughout the year for investors and collectors. The 2022 silver eagle design was proposed by Damstra as a member of the US mint artistic infusion program.

Towards the end of 2020, the new eagle design was adopted and printed on the front of the silver eagle coins. This design was chosen over the other 30 designs. The new reverse design for the American gold and silver eagle coins was released to celebrate the 35th anniversary since the coins were released for the first time.

American eagle coins were first minted in 1986 in gold, silver, platinum, and palladium. The coins in the monster box of 500 are produced at the west point, San Francisco, and Philadelphia mints.

The majestic eagle appearing on the 2022 silver ego was done by mint medal artist Michael Gaudioso. This design features a mysterious ego soring while carrying a branch aiming to patch. The eagle is carrying what’s looks like an oak or an olive branch. An olive branch is associated with peace, while oak is linked to nobility.