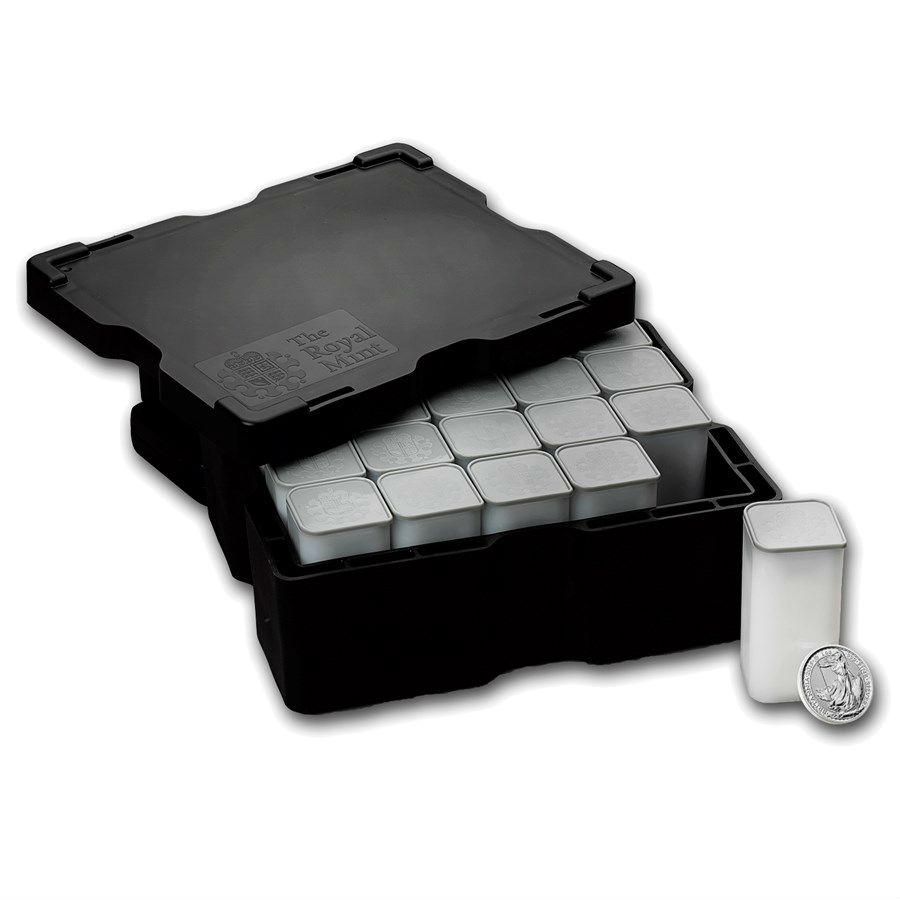 The British Britannia coin series is one of the most popular issued by the Royal Mint, and is available in gold and in silver. The silver Britannia features an image of Lady Britannia, walking with a trident in one hand and a shield in the other.

The design of the Silver Britannia coins was meant to appeal to both investors and collectors. The coin features “Lady Britannia” associated with power, strength, leadership, peace, elegance, and femininity. In 2017, the image of “Lady Britannia” was refreshed during a celebration to mark the 30th anniversary.

The Features of The Monster Box British Britannia

A Brief History of Lady Britannia

“Lady Britannia” was first engraved on British coins during the time of the Roman Empire. During the second century AD, Hadrian introduced a coin depicting a female figure. This figure quickly became known as Lady Britannia, and a symbol of Britain. By the end of the Roman occupation in the early 400s, “Lady Britannia” stopped appearing on coins for several centuries. King Charles II reintroduced “Lady Britannia” on coins in 1672 as away of inspiring the nation against the maritime threat Britain faced at the time. Today, Lady Britannia appears as the main image on the countries most prominent bullion coins – the British Britannia series, which are now available in gold, silver and platinum.