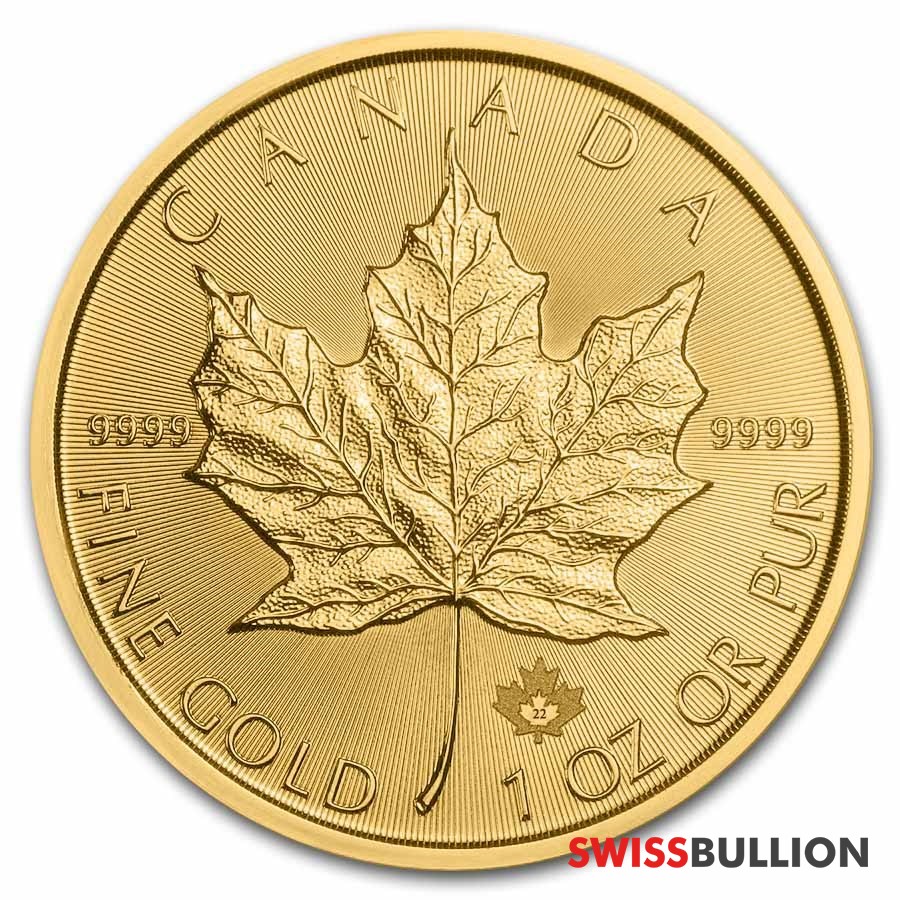 The reverse bears a maple leaf, the Canadian national symbol. The back is also inscribed with the weight, finer level, and country of origin. A micro-laser engraving of a maple leaf with the last two digits of the year the coin was manufactured is engraved at the bottom. The back also has fine radial lines.

The Features of The1 Ounce 2022 Gold Maple Leaf

The original Canadian maple leaf coins were offered in 1982 with a purity level of .999. Later the purity levels of the coins were improved to .9999. After this improvement, the mint decided to mint coins of bigger weight beyond 1 ounce.