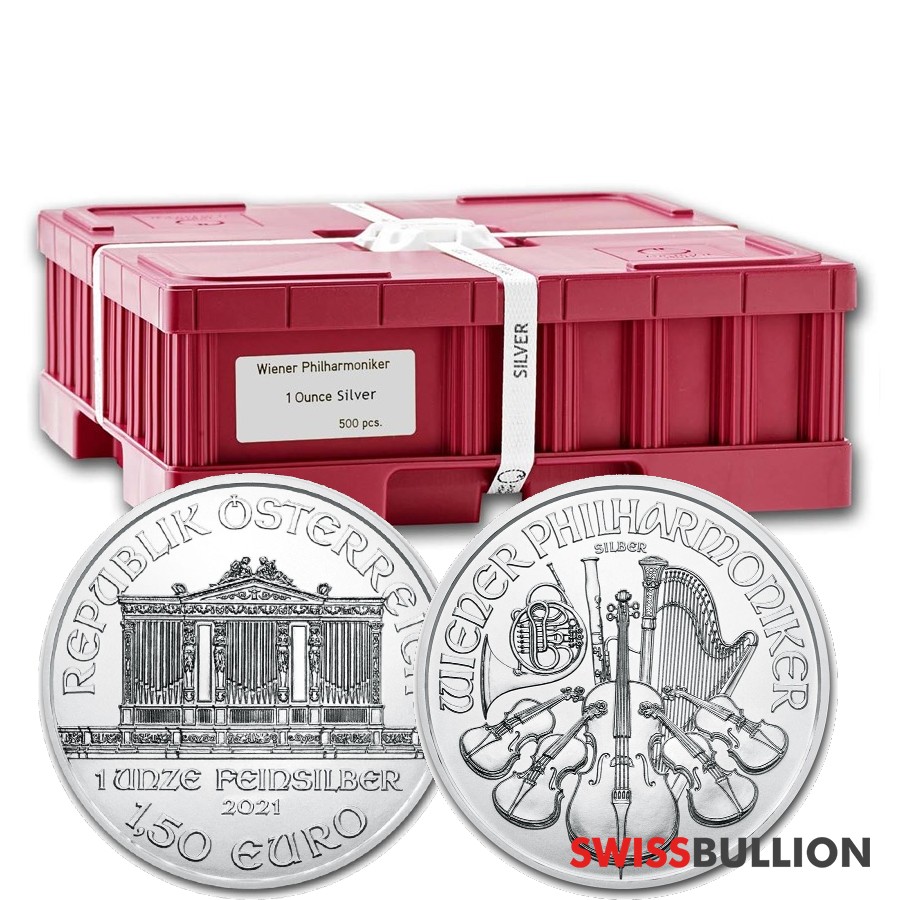 The Features of the 2021 Silver Philharmonic Monster Box

In November 1998, there was a legislation change in Austria that permitted the production of gold coins for investment purposes. The idea to design a gold coin that would reflect Austrian heritage was born. Different themes were proposed before finally settling for musical instruments. Instruments used by the world-renowned Vienna Philharmonic Orchestra were inscribed on the coins.

The back of the coins bore eight orchestra instruments that included four violins, a cello in the foreground, and the Viennese horn, the harp, and the bassoon appearing behind. The front features the well-known pipe organ from the Goldener Saal of the Vienna Musikverein. Theophil von Hansen designed the organ. It borrowed from the original organ that was designed by Friedrich Ladegast in 1872. Since then, the organ appearing on the Philharmonic coins have been redesigned many times, with the last designed being upgraded in 2011. However, the body of the organ has remained unchanged, with only minor alternations.

The words “Republic Osterreich” are inscribed in a semi-circle above the organ. The denomination, date of issue, and the weight of the coin are printed below the organ. The issue of Vienna philharmonic coins for the first time in 2008 marked the first time a mint in Europe had issue a bullion coin with a purity level of .999. Due to the high purity levels, eight million coins were sold by the end of 2008.

These coins are available for worldwide delivery and for VAT exempt Swiss storage. Clients may purchase silver coins using any of 15 currencies, and also in cryptocurrencies, including Bitcoin, Litecoin and Ethereum.