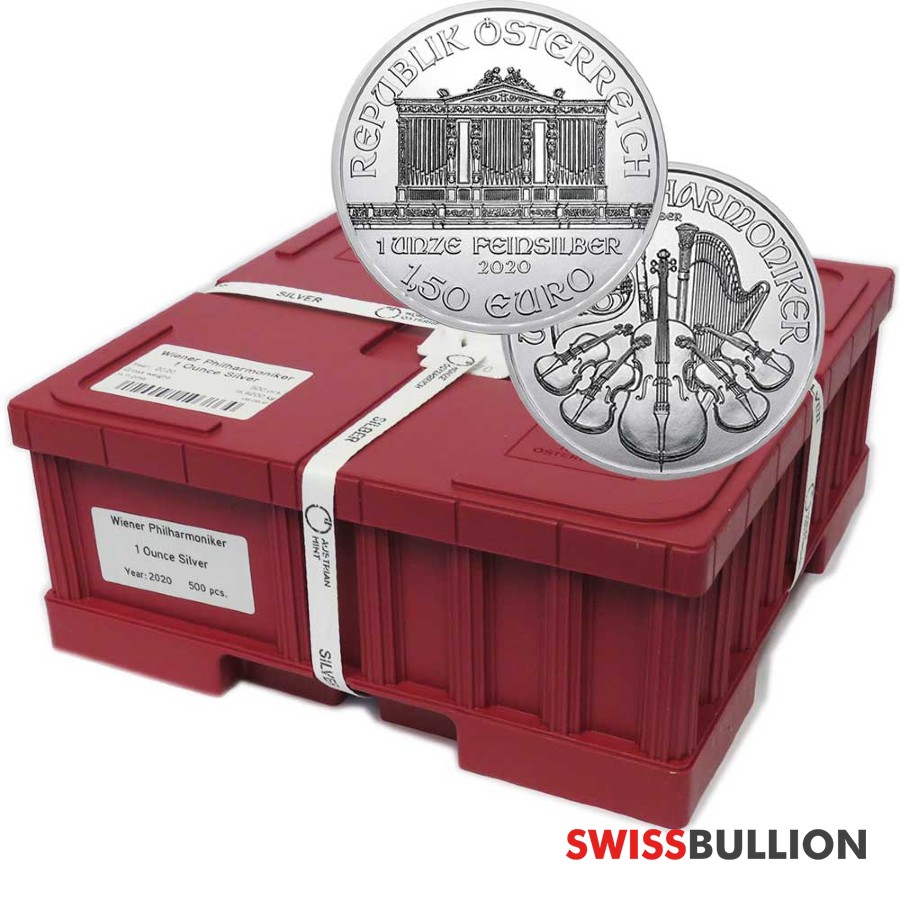 Each box contains 25 tubes of 20 coins, in packaging direcly from the Austrian MInt.

Total of 500 coins. These monster boxes are very popular with silver investors looking to buy larger amounts of silver coins.

The Austrian Philharmonic silver coins feature images of the Vienna Philharmonic instruments on them, and each coin has a face value of €1.50.

The Austrian Philharmonic coin series is available from the Austrian Mint in gold, silver and platinum.

Monster boxes of silver philharmonics are available from SwissBullion.eu for VAT-free Swiss storage or delivery.

The coins were pioneered in Europe during the 2008 great recession that swept across the entire continent. Nevertheless, the silver philharmonics defied the recession to become the best-selling silver bullion. Philharmonic coins sold more than 50 million pieces within five years from the time the coins were released. The Silver Philharmonics Monster Box comes with 500 silver coins sold at a wholesale price. This makes the monster box suitable for investors interested in buying larger amounts of silver.

The Features of the Monster Box-2020 Silver Philharmonics

The Great Organ featured on the front side of the coin is the permanent sign of the Vienna Philharmonic Orchestra also called Musikverein. The backside of the coin features different types of instruments used in the orchestra such as the flute, harp, four violins, a flute, and bassoon.

The 2020 Silver Philharmonic coins are good uncirculated condition and are packed in monster boxes. Buying the monster box gives investors a number of benefits that include: