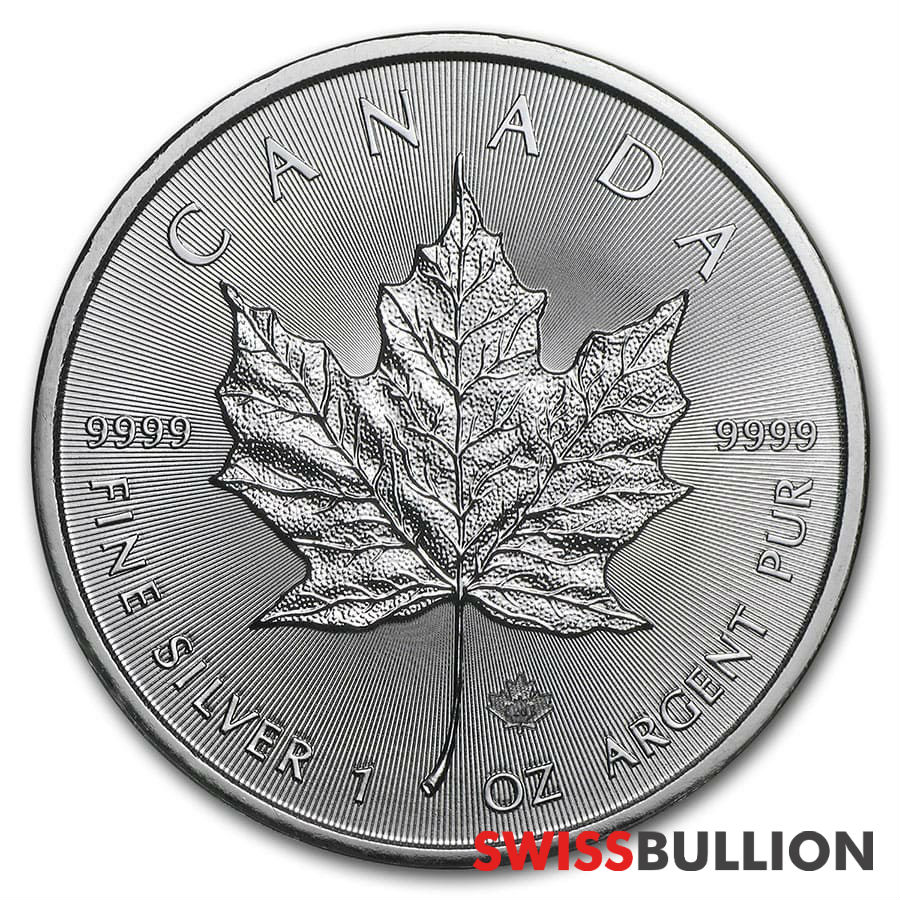 31.98 USD
Out of Stock
Description

The coin features the image of Queen Elizabeth II on the front.

The reverse features an image of a Canadian Maple Leaf. The fineness, weight, and metal are also written on the reverse.

Each coin is sold in a plastic slip, plastic tube of 25 pieces, or monster boxes depending on the quantity purchased.

The 1 Oz 2020 Silver Maple Leaf coin is a product of the famous Royal Canadian Mint. The coin was minted for the first time in 1986, and since then it has become one of the most sought after silver coins in the world. Every 1 Oz silver coin has a diameter of 38 mm, a width of 3.29 mm. The coins are minted from 99.99% pure silver. In fact, this was the pioneering silver coin to have such high purity levels.

The Features of The 1 Oz 2020 Silver Maple Leaf

The effigy of Queen Elizabeth II inscribed in front of the coin was done by Susanna Blunt in 2003. This was the first design to be made without the queen wearing a crown.

Canadian Silver Maples are available for VAT-free Swiss storage or for delivery.