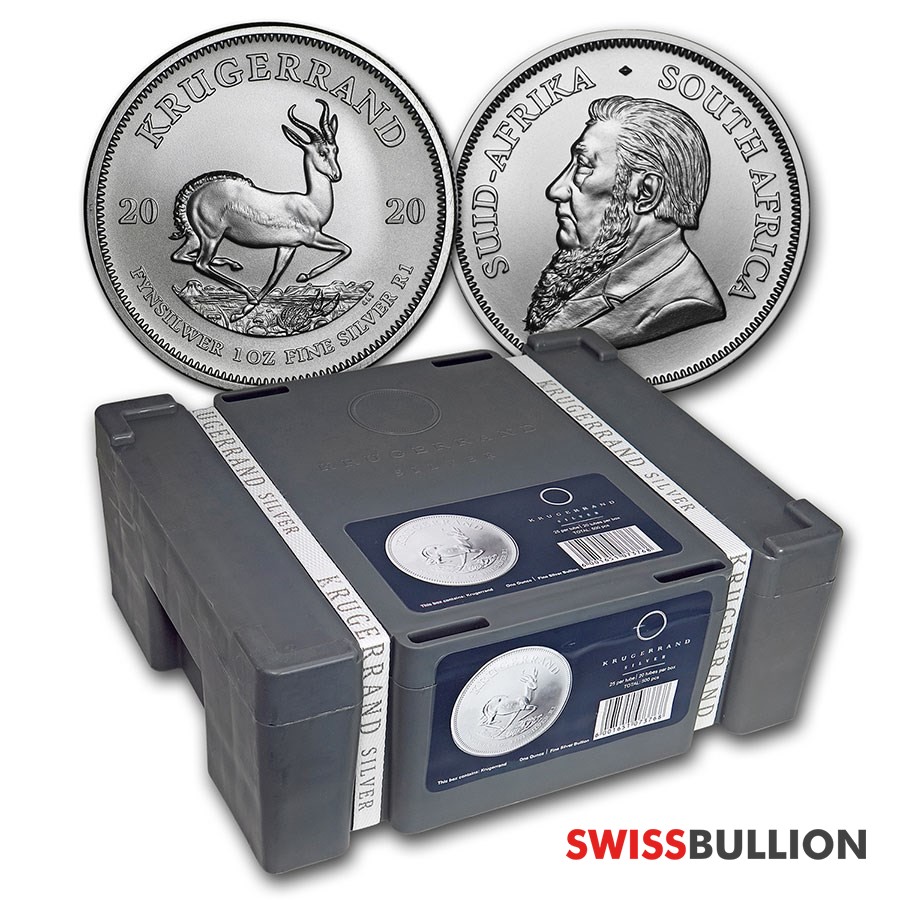 The silver Krugerrand coin was designed to match the design of the gold Krugerrand. Each coin features an image of Paul Kruger on the front, with the words South Africa written around his portrait. Paul Kruger was a political leader in South Africa in the late 1800s, and became famous for leading the war for South African independence from the British. The reverse of each coin features an image of a Springbok, which is famous to South Africa. The coin's year of minting appears on either side of the Springbok, and the word 'Krugerrand' appears above. These coins are minted in 999 fine silver bullion, and are only available in one size - the 1 Ounce silver Krugerrand.

Monster boxes are available for investors looking to put larger amounts of money into physical silver. Many investors prefer to invest in coins over bars. The coins are almost all sold in 1 ounce denominations, making them easy to sell of incrementally if need be. Furthermore, monster boxes are compact and easy to stack. For clients who do not with to pay 20% VAT on their purchase, SwissBullion.eu offers VAT-exempt storage in Zurich, Switzerland. Swiss storage is available to all clients, and clients have the option to sell their holdings back to us at any time at favorable rates.