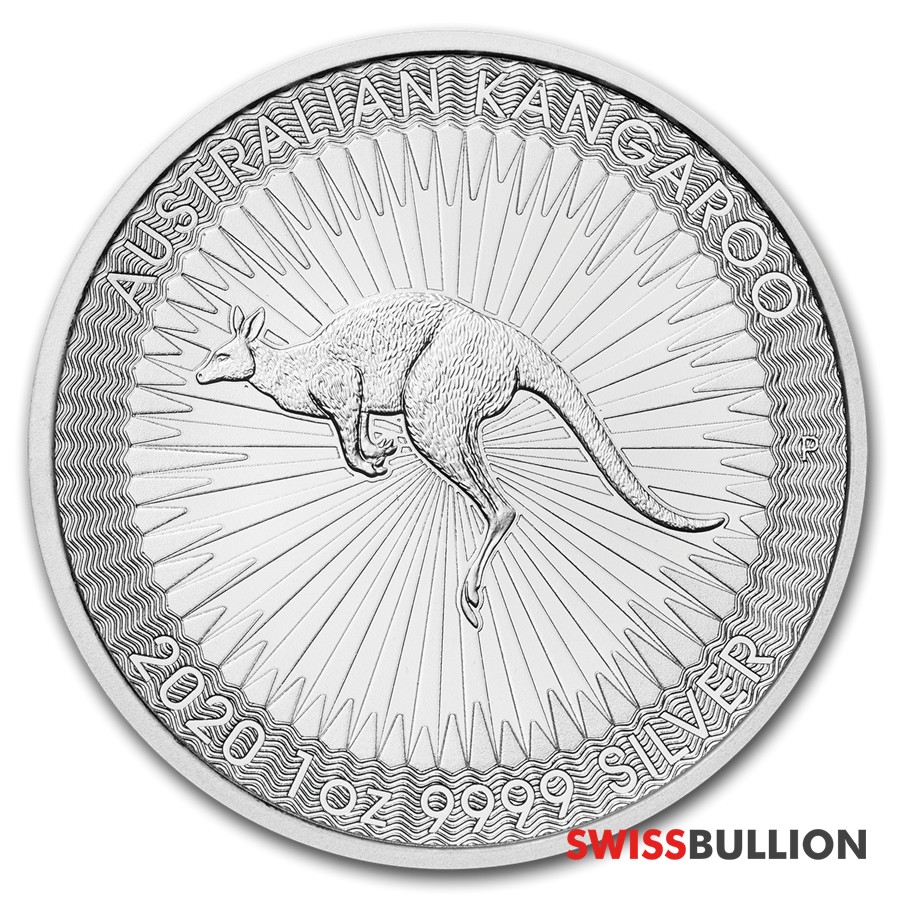 The 1 Oz Silver Kangaroo coin was initially introduced into the precous metals market by the Perth Mint in 2015. Previously, the coin was only available in gold.

Each coin features the image of Queen Elizabeth II on the front. The coin's face value of $1 AUD can also be found on the front of the coin.

The reverse of the silver Kangaroo coin features an image of a Kangaroo hopping. Around the image is the weight, fineness and year of minting of the coin.

In addition to the silver Kangaroo coin, the Perth Mint also make a number of other highly popular silver coins - these include the silver Kookaburra, the silver Koala, and the silver lunar series.

Perth Mint silver Kangaroos are also available to silver investors looking to buy larger quantities of the coins in monster boxes of 250 coins.

The 1 Ounce 2020 Silver Kangaroo coin is a product of Perth Mint minted for the first time in 2016. The Kangaroo is the iconic symbol of Australia. The Perth Mint also produces the Kookaburra, Lunar Series and Koala animal bullion series, which are popular among investors and collectors worldwide.

The Features of The 1 Ounce 2020 Silver Kangaroo Coin

The Perth Mint is the largest, oldest as well as the second largest producer of gold bars in the world. The mint has the capacity to produce more than 700 tons of gold annually, which makes it one of the most efficient refineries on earth. The 1 Oz 2020 silver kangaroo coin ship in protective flips. Order of more than 25 coins are ship in tubes. Large orders of more than 250 coins are shipped in monster boxes from mint.

Before releasing the first kangaroo silver coins, Perth Mint use to produce coins called the Gold Nugget, which were introduced for the first time in 1986. However, the gold nugget design was modified after many years to feature the image of a kangaroo. The kangaroo coin series were produced in gold up to 2016, when the pioneering silver coins were made. In 2017, Perth Mint released the kangaroo coin series in platinum.

The design of the coins remains the same with each release, but the minting date varies to reflect the year the coin was produced. Perth Mint was established in 1899 with the aim of processing and refining the gold that was mined in Australia. The 2020 1 Ounce silver kangaroo coin is one fine bullion from the Mint.