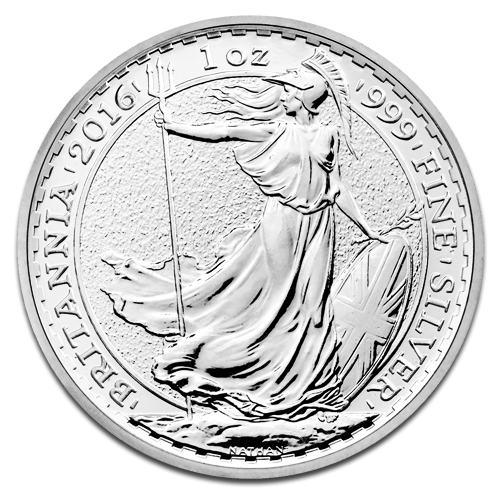 29.36 USD
Out of Stock
Description

Each coin features an image of Queen Elizabeth II on the front, with the coin's face value located at the bottom. The 1 Ounce British Britannia coin has a face value of £2.

The reverse of the coin features an image of Lady Britannia carrying a trident in one hand, with an olive branch and a shield in the other. Written around the coin are its weight, fineness and year of minting.

Silver coins are popular among investors and collectors for decades because of the value and beauty they offer. Britannia coins are among the most preferred because they are affordable with high levels of purity. Britannia coin series are the most popular among investors in the UK for different reasons. The coins are respected, competitively priced, exempted from CGT and don’t depreciate in production value over time. Britannia coins are popular and traded both in private and mainstream markets. This makes the coins ridiculously easy to sell when you need to liquidate.

The aesthetical appeal and the history of the Britannia coin series also makes them a popular option among investors and collectors. Lady Britannia appeared for the first time on Britannia coins in 1672. From this year onwards, lady Britannia has appeared on pennies issued by all the monarchs from 1797. Over the years, the Britannia design was changed to include maritime features. The spear she held was changed into a trident.