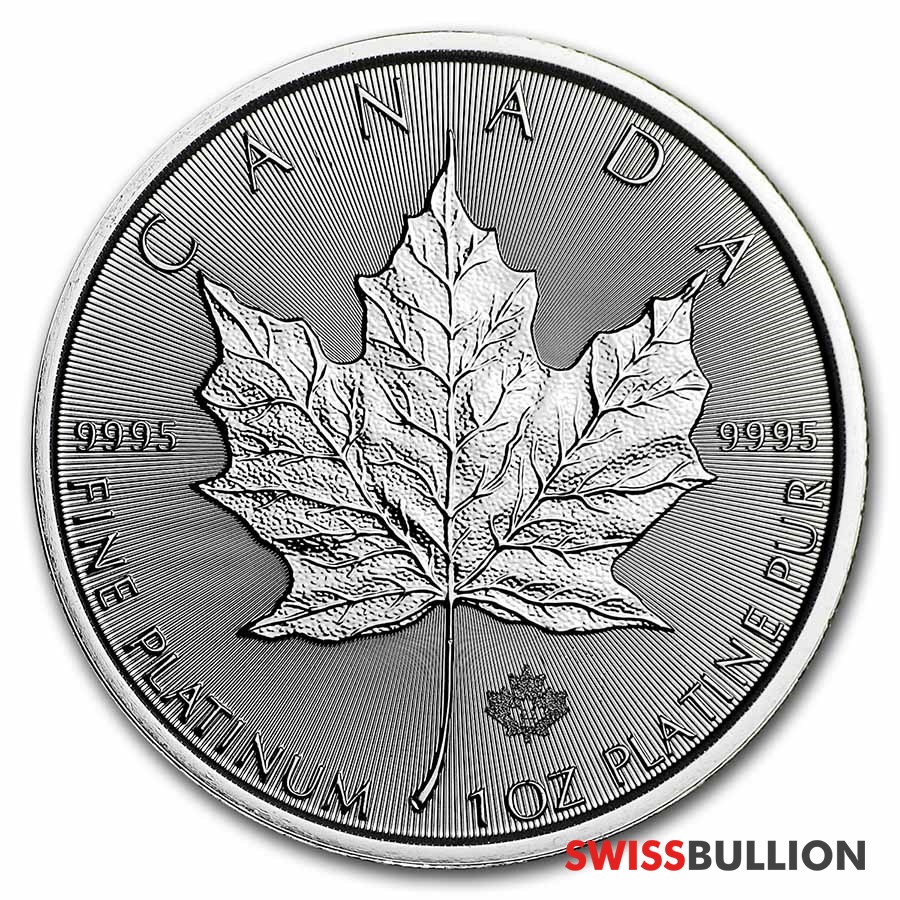 The 1 Oz 2022 platinum maple leaf coin is a beautiful bullion coin with a classic look. The front of the coin bears the image of Queen Elizabeth II in the right profile. The queen is depicted without a state crown-wearing pearls neckless. The obverse is also engraved with the face value, the year the coin was minted, and the name of the monarch.

Fine radial lines appear in the background giving the queen’s image a shiny look. The back of the 1 ounce 2022 platinum coin is inscribed with the sugar maple leaf, the Canadian national symbol. The weight, the purity level, and the country of origin are inscribed on the back. A micro-engraving of a maple leaf with the last two digits of the year the coin was minted also appears on the back.

The Features of the 1 Oz Platinum Maple Leaf

The first Canadian platinum maple leaf coins were introduced in 1988 by the Royal Canadian mints. The coins originally came in 1 Oz, ½ Oz, ¼ Oz, 1/10 Oz, and 1/20 oz sizes. Minting platinum leaf coin was temporarily suspended in 2003 when the demand for platinum went up.