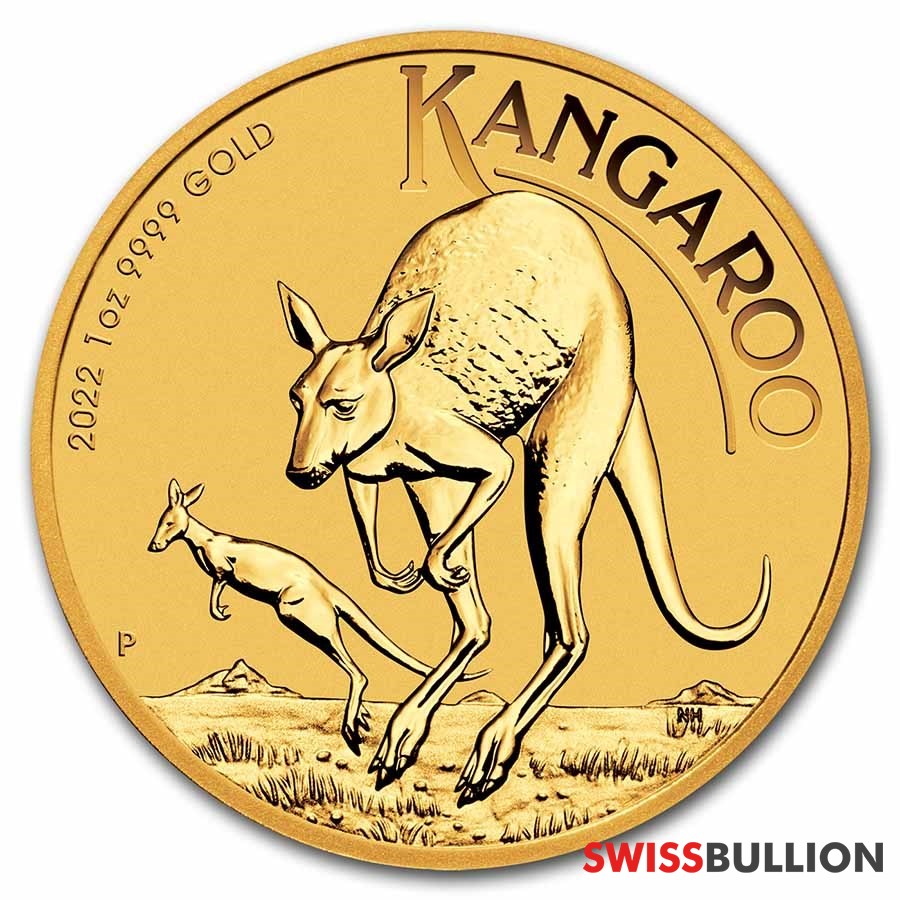 The reverse is engraved with two images of hopping kangaroos on the Australian desert. The back also bears the mintage year, weight, and purity levels. The Kangaroo coin series is the longest-running since the Australian Mint started minting bullion coins.

The Features of the 1 Ounce 2022 Gold Kangaroo

The image of Queen Elizabeth II inscribed on the coin is the sixth-generation portrait of the Queen that has appeared on Australian coins. The image was created for the Royal Mint in 2015 by Jody Clark. The design features the Queen in right profile wearing the George IV State Diadem Crown.

The reverse of the 1 Oz 2022 gold kangaroo coin feature a small kangaroo family designed by Neil Hollis. The inscription is of an adult kangaroo and a young joey. The two kangaroos are depicted hopping across a grassy plain. Three hills are visible behind the kangaroos.

The Perth Mint is the oldest in Australia and has been associated with some of the finest bullion products. The mint is best known for its gold swan and silver swan series, gold kangaroo and silver kangaroo, and koala. The Perth Mint also produces gold lunar and the silver kookaburra series alongside specific bullion coins and collectibles.