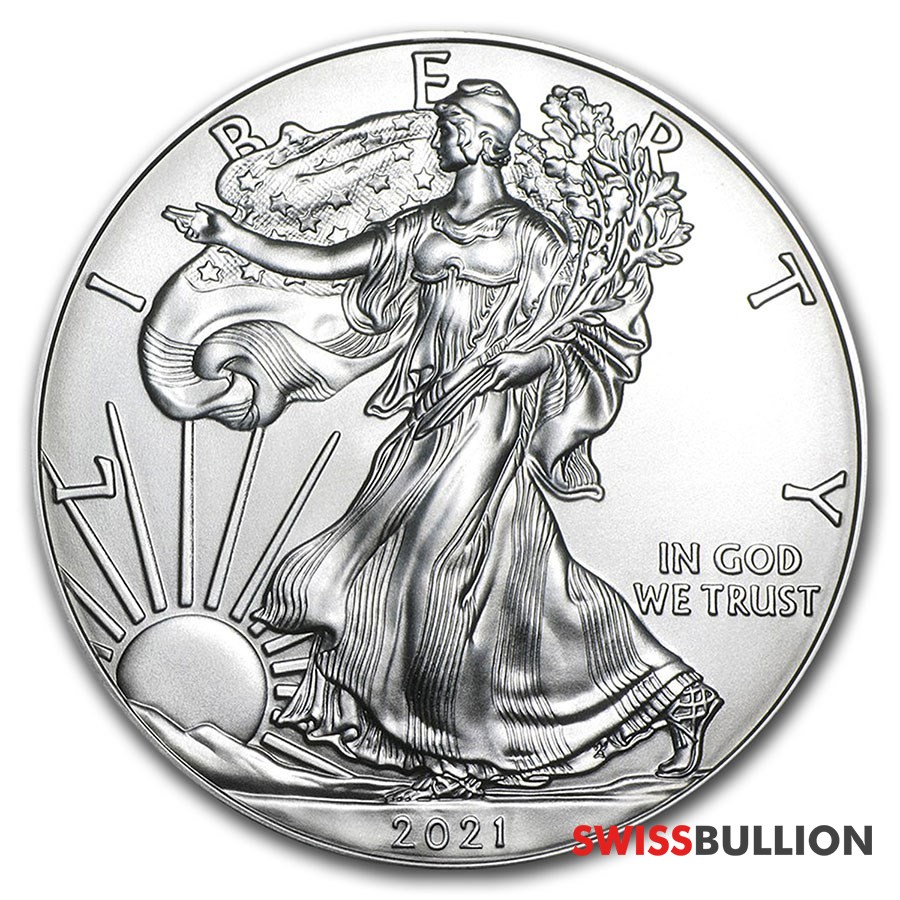 33.55 USD
Out of Stock
Description

Silver American eagle coins were minted for the first time in 1986. Since then, half a billion of these coins have been sold. This makes the 1-ounce silver American Eagles the most sought after coins by investors. The U.S Mint announced that by mid-2021 investors and collectors should expect a new design of the silver eagle coin.

The Features of the 1-Ounce 2021 Silver American Eagle Coin

The American silver eagle coins are the most popular bullion coins around the world. From the time the coin was minted in 1986, collectors and investors have delighted in acquiring and storing the coin series every year. The current silver American eagle coins are produced by the mints in San Francisco and Philadelphia.

The 2021 American Eagle 1 Oz Silver coins will be the last ones bearing the heraldic eagle on the backside. Coins are available individually, in tubes of 20, and in monster boxes of 500 coins.