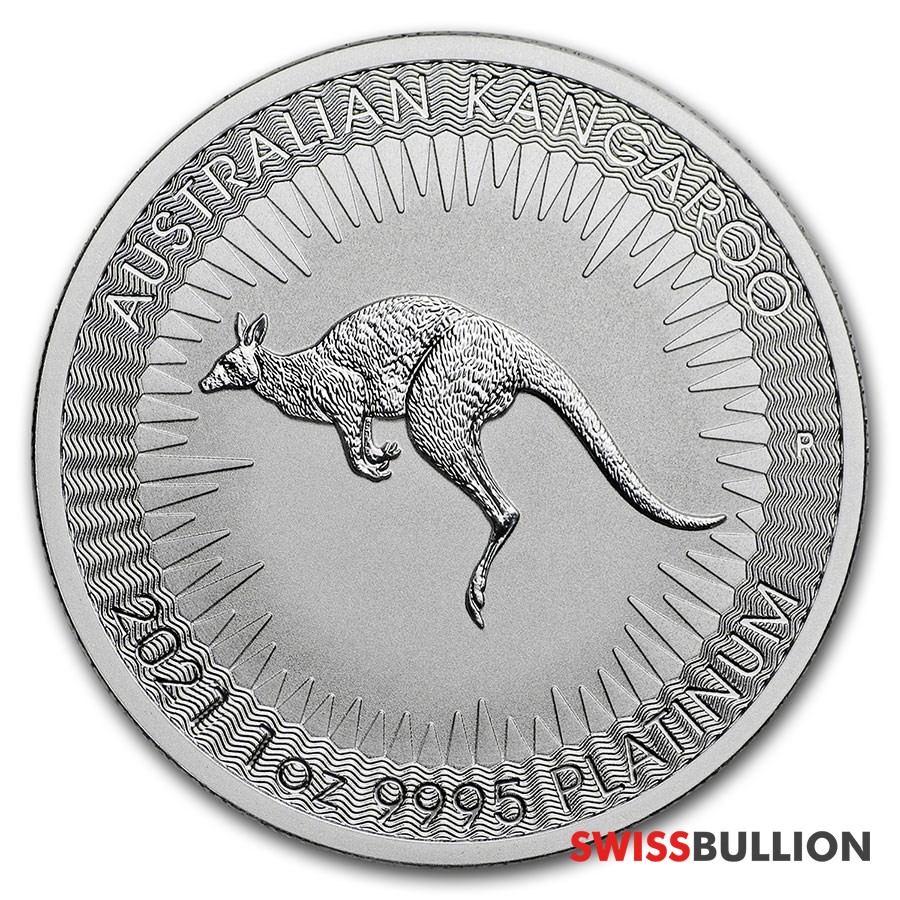 2020 is the second year that the Kangaroo coin has been available in platinum to precious metals investors.

Each 1 Oz platinum Kangaroo coin features an image of a Kangaroo in the center, with the year, fineness and weight of the metal surrounding it. Each coin contains 99.95% investment grade platinum bullion.

The platinum Kangaroo coin has a face value of $100 AUD.

The kangaroo is considered by most people as the iconic symbol of Australia. The kangaroo design engraved on the coin was design by Stuart Delvin. Perth Mint has used this design on coins from early 90s. The iconic design features a red kangaroo that happens to be the largest member of the kangaroo family.

The Perth Mint is the oldest mint in Australia and the biggest and second producers of gold bars in the globe. The plant has the capacity to process more than 700 tons of gold annually. The Mint is one of the most efficient refineries in the world. Furthermore, the Perth Mint is part of the prestigious group gold refining companies that is accredited with five main gold exchange.

Investors and collectors worldwide trust Perth Mint products because they meet the highest standards in terms of weight and purity. The kangaroo series was released for the first time in 1986, but the initial release were made of gold nugget coins.

In addition to the platinum coins produced by the Perth Mint, there are a number of other platinum coins currently available that are also popular with precious metals investos, including the platinum American Eagle, platinum Maple Leaf and platinum Philharmonic.