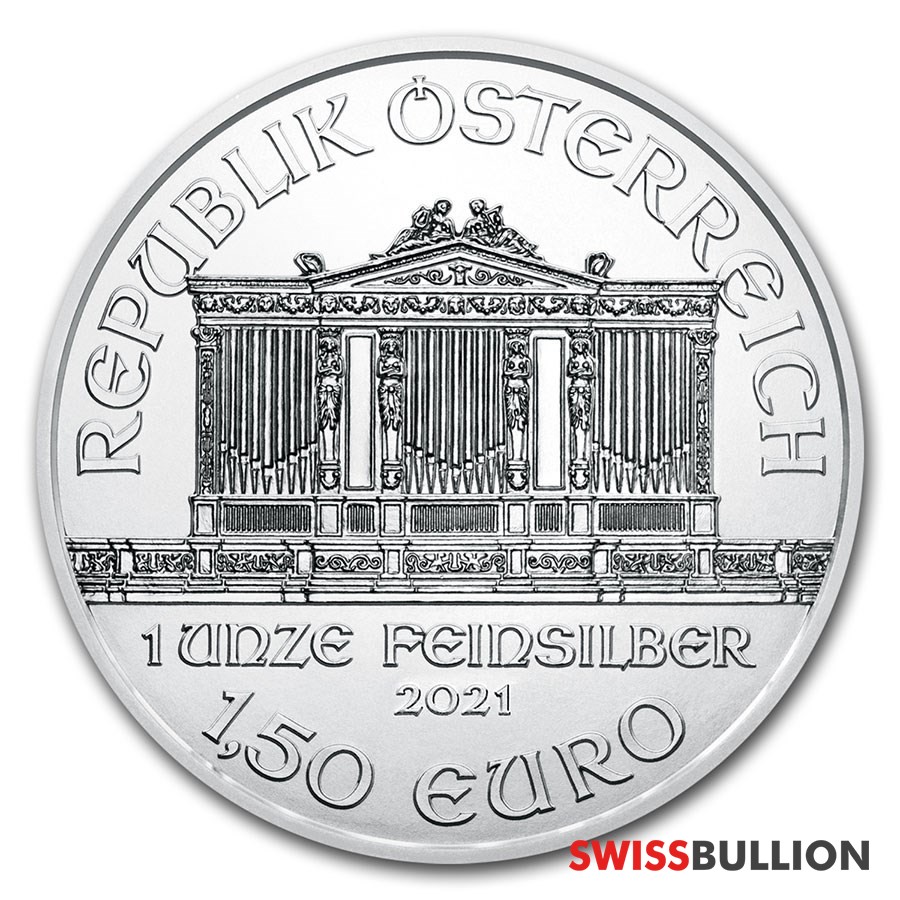 30.60 USD
Out of Stock
Description

The design of the coin is a reflection of Austria’s cultural heritage, especially the contribution the country has made in music. The front of the coin is inscribed with an array of beautiful musical instruments. The coins are in brilliant uncirculated condition and sparkle in the dark.

The Features of 1 Ounce 2021 Silver Philharmonic

The silver philharmonic coins issued in 2008 were the first silver coins with a purity level of .999. The coins are popular among investors because of their purity level with several million pieces being sold every year.

The Philharmonic series is also available in platinum.

Silver Philharmonic coins are available for VAT-exempt storage in Switzerland, and for worldwide delivery.