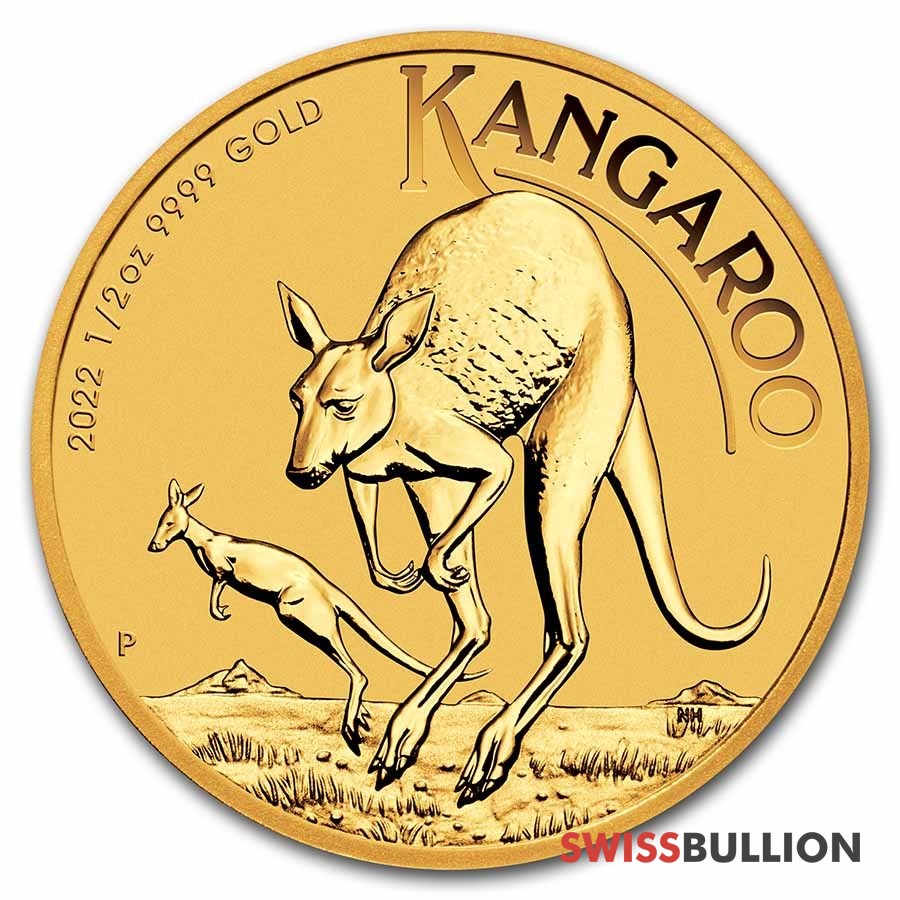 The ½ ounce 2022 gold kangaroo coin is a bullion coin with a fine finish. The front bears the image of Queen Elizabeth II wearing the official state crown. Country of origin, the face value, and the name of the monarch are also inscribed on the front. Jody Clark designs the image of the Queen depicting her wearing pearl earrings and neckless.

The reverse features a red kangaroo, the year the coin was minted, and the purity level. The red kangaroo is depicted hopping alongside a young joey across the Australian plain.

The gold kangaroo coin series originally began as the Gold Nugget series from the Perth Mint in 1986. The coins featured different gold nuggets until the design was changed in 1989 to feature kangaroos. The kangaroo is the Australian national symbol.

The Perth Mint is the oldest in Australia and is associated with fine bullion coins and collectible products. The most known bullion series from the Perth Mint include gold kangaroo, silver kangaroo, koala, gold lunar, and the silver lunar among others.

Coins are available for worldwide delivery or secure storage.