One of, if not the most, talked about issue of our time is low interest rates.  Low rates are everywhere.  For instance, consider the following figure of central bank interest rates for some of the most important central banks across the world.

In Australia, interest rates have been heading lower for more than 30 years.  Rates have never been lower than they are today.

In Brazil, a similar story emerges.  Rates have never been lower.

The Bank of Japan has a negative interest rate (-0.10 percent).

The Russian central bank has been lowering rates since 2015.  Rates are now as low as they have ever been, but the direction is heading that way.

The European Central Bank, which is arguably the world’s most important central bank, has had their interest rate at 0 for more than two years.

The People’s Bank of China has rates heading lower as well.  The available data has the PBOC lowering rates to level never before seen.

Canada is perhaps the one outlier, having been in a raising phase recently.  That will likely end soon as the effects of a global slowdown hit the world’s second largest country by land. 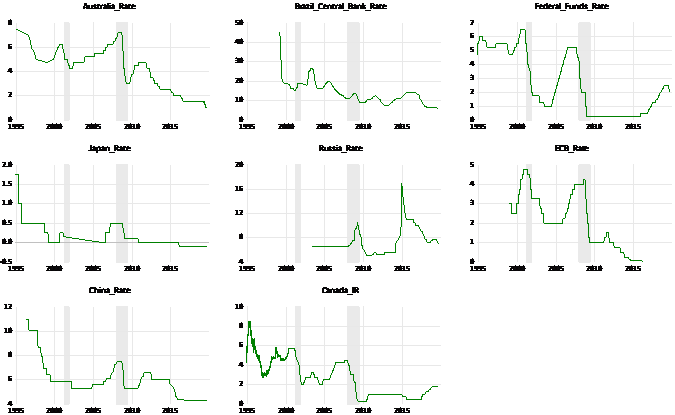 Thus, perhaps unwittingly, central banks are displaying their “love” of Bitcoin and other cryptocurrencies. 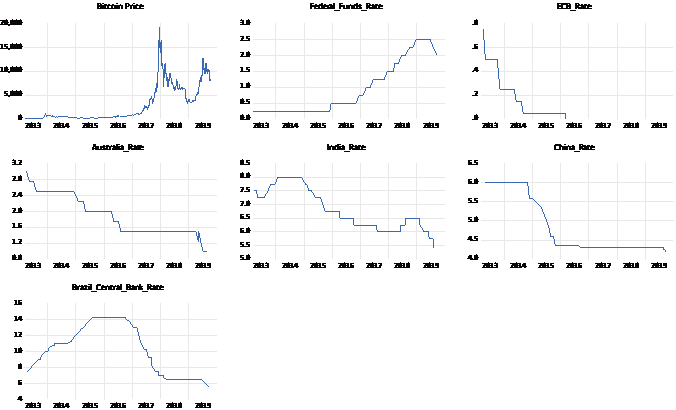 Conclusion
Central banks continue to lower interest rates.  If current trends continue, central banks will have nowhere left to go but negative.  Unsurprisingly, investors that want a hedge against enormously risky monetary policy are looking for alternative places to put their money.  A big winner in this search is Bitcoin and other cryptocurrencies.  Should incredibly low interest rates continue to be the norm, one should expect Bitcoin and other cryptocurrencies to be big winners in the currency battles ahead.