When buying physical gold and precious metals, investors tend to ask themselves several questions: What factors determine the price of these metals? Will they go up or down in 2023? Is it the right time to invest in these metals?

The price of precious metals work like those of any other asset, they are determined by certain key drivers which will make them move up or down. The price of gold will, for example, be partly determined by economic and political factors, including the evolution of the US dollar, inflation, investor sentiment or the geopolitical situation.

The prices of silver, platinum and palladium will more largely depend on their industrial demand. Indeed, their unique properties make them particularly valuable components in the industrial sector. However, some of the most important factors that affect the market of these assets include:

Supply and demand always have a direct impact on the price of any commodity. When the discussion is about Platinum and Palladium, their major production units are located in the same countries - namely South Africa and Russia. And the demand for both of these commodities is all around the world.

The demand for Platinum is expected to grow by 19% into 2023, whereas the supply growth of this commodity is projected at just 2%. This indicates a huge deficit in the platinum market in the coming time. Despite the two years of surpluses in the market, the near future is expected to show a terrible shortfall in the platinum market. The trend of increased demand for platinum has already begun. Platinum's increased demand has already begun to impact the meta's price, which can be seen below. 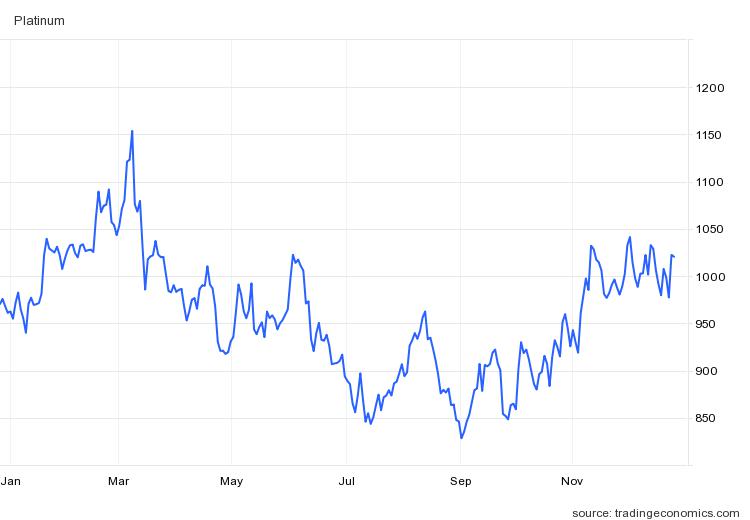 Palladium’s price took a huge spike in February’22 when Ukraine was invaded by Russia, the world’s most significant provider of metals. But if you take a look at the current supply side of Palladium, then it is exactly the opposite of Platinum. The graphs indicat a surplus of Palladium and prices are going to take a downfall due to less demand. 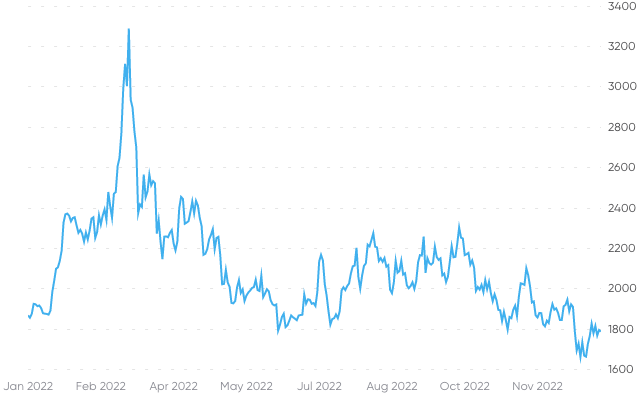 There are a number of other factors that are also impacting the price of both platinum and palladium. For example, the US dollar, political instability in the supplier’s country, or even the economic instability of the world can all affect the demand and supply and the price of the metals.

Platinum and palladium, which are quite rare metals, are used by the car industry in order to reduce noxious emissions. This will continue to increase the demand of these two metals as the automobile industry recovers from Covid closures, and the world continues to focus on reducing vehicle emissions.