Buying Gold and Silver During a Recession

Today that chatter about a possible recession has increased.  Some analysts mention the pattern of inverted yield curves across the developed world.  Others mention weakness in railcar activity, bank lending, or slower trade growth.  Whether a recession materializes is anyone's guess.  The question here is a simpler one than that.  The question is: If the world enters a recession, which precious metal will likely perform better over the recession period - gold or silver?

A look at the performance over the past two recession periods follows.

Gold and Silver Performance from 2000 to Today 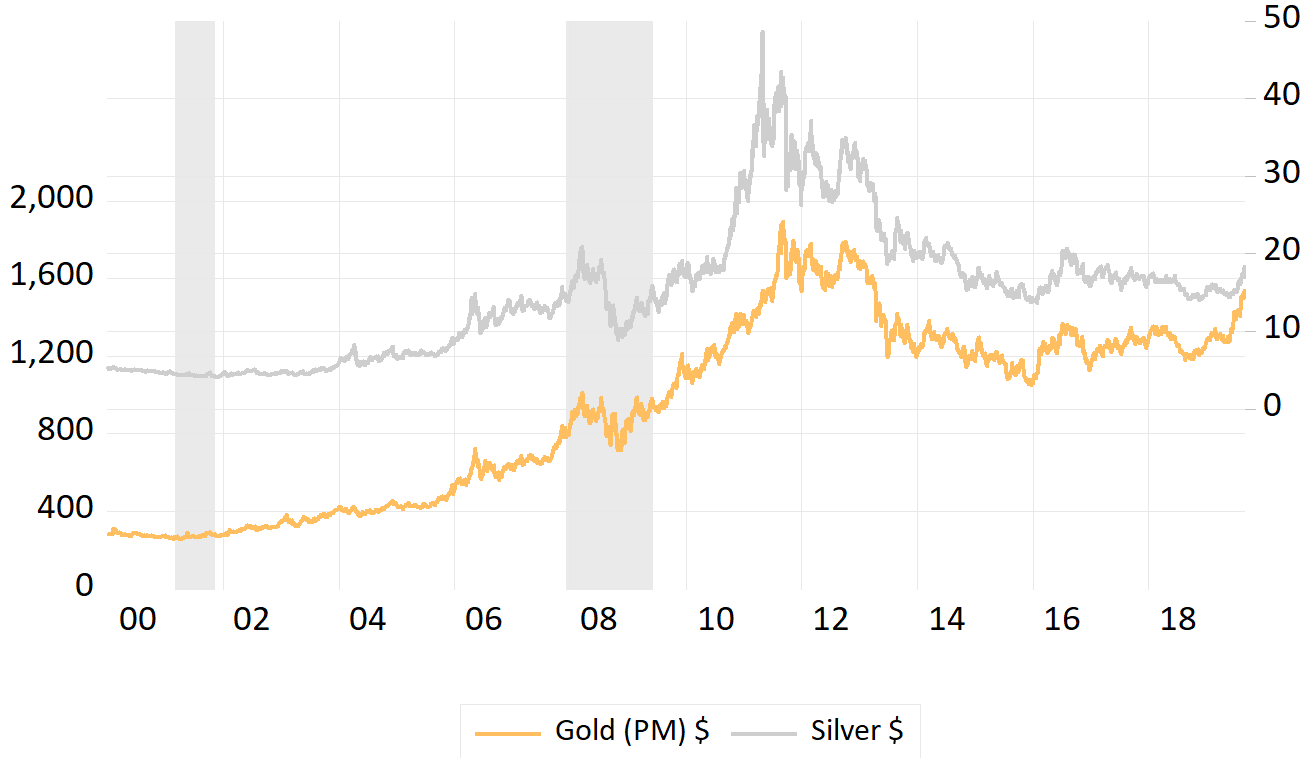 The background is now established.  Let us now look at what the price of gold and the price of silver did during the past two recessions.

The price of gold started the recession in March 2001 at $266.35.  It ended the recession at the close of October 2001 at $278.75, representing a gain of almost 5%.  Definitely a much better return than what most stock holders experienced over the period. 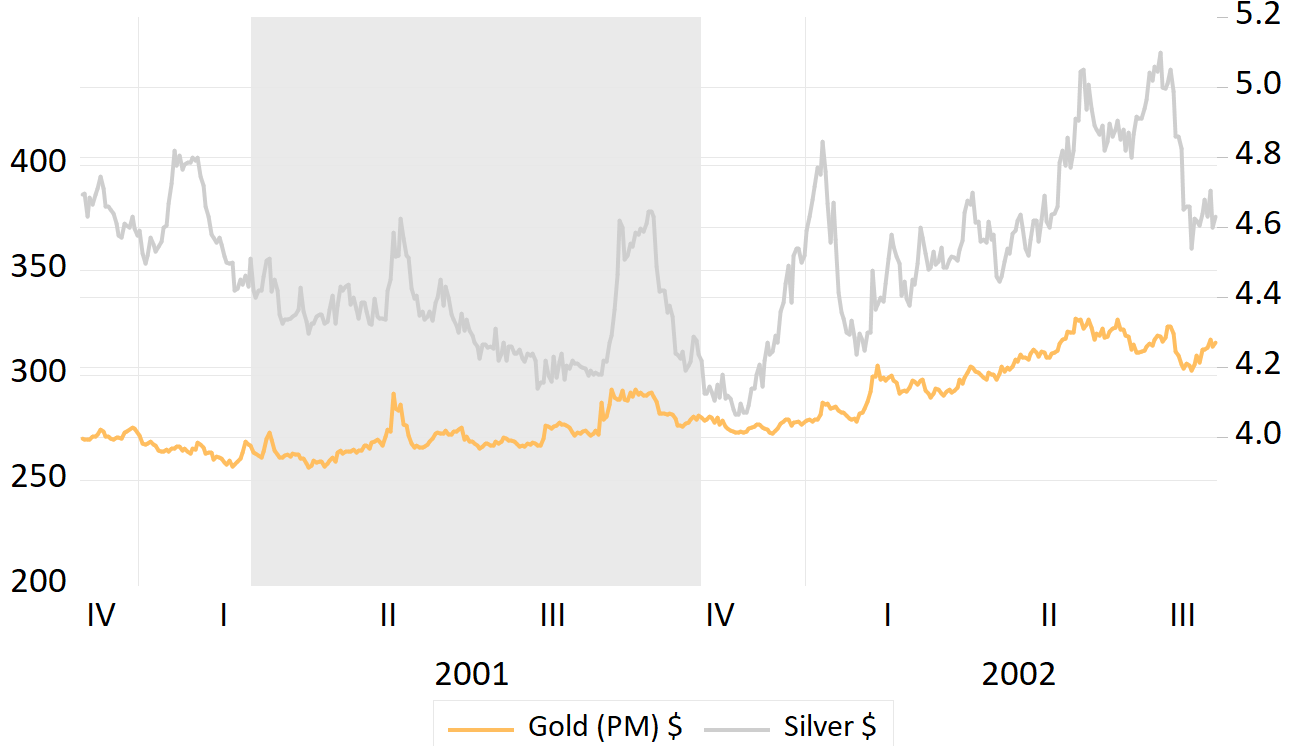 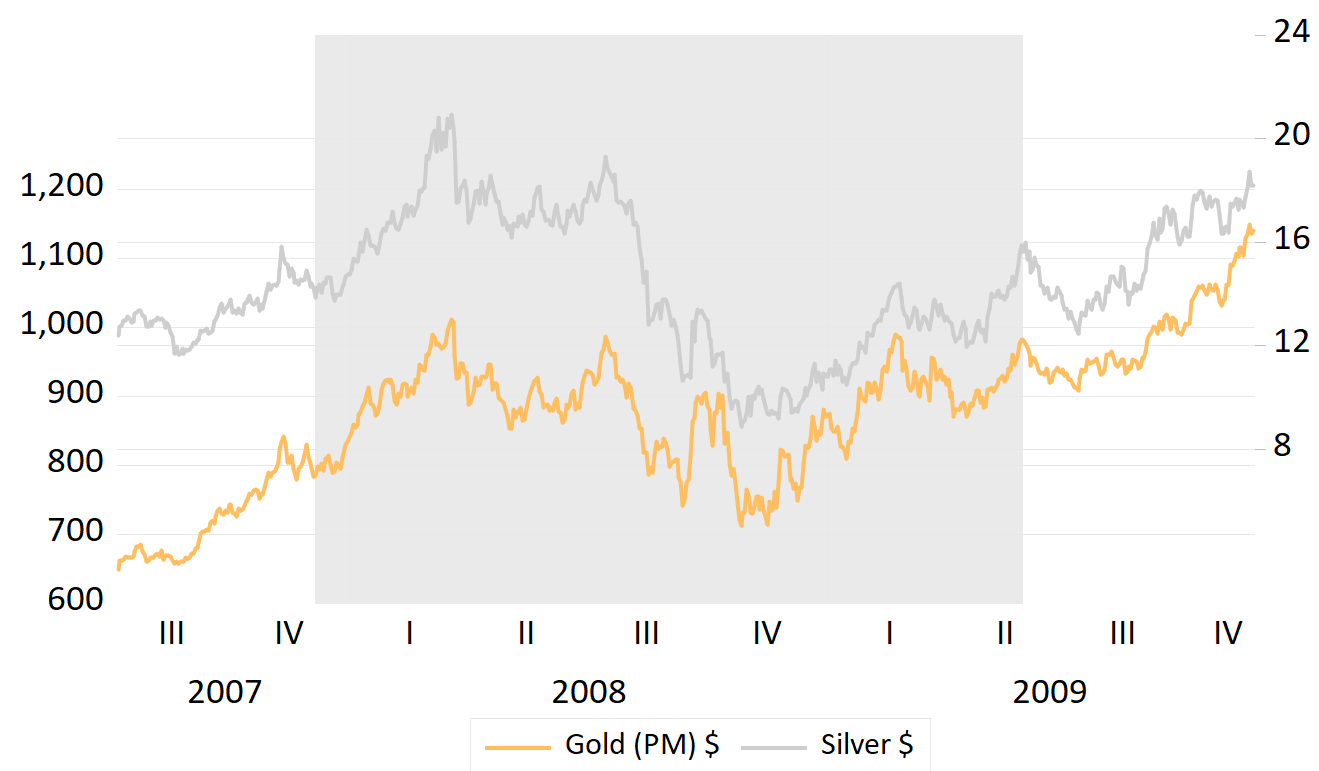