Silver Libertad coins hold the distinction of being the first silver coins produced for investors. At the time that silver coins were introduced to the investment market, gold coins were already popular and readily available, with Canada and South Africa offering the most popular coins that were released in the 1970s. In 1982, Mexico became the first country to do the same for silver coins. The silver Libertad features an image of Winged victory, a female figure based on the Roman mythos. Silver Libertads are produced by Mexico Mint and are .999 fine silver.  Because of its status as the first silver coin produced for investment purposes, it is well recognized worldwide.

A History of Silver Libertad Coin

The Winged victory image on the front side of the coin is a representation of a statue located in Mexico City. It is commonly referred to as the “Angel” and is dedicated to war for independence. The name of the coin itself “Libertad” means freedom. As such this coin has a strong symbolic connection with a struggle of Mexican people to gain independence. 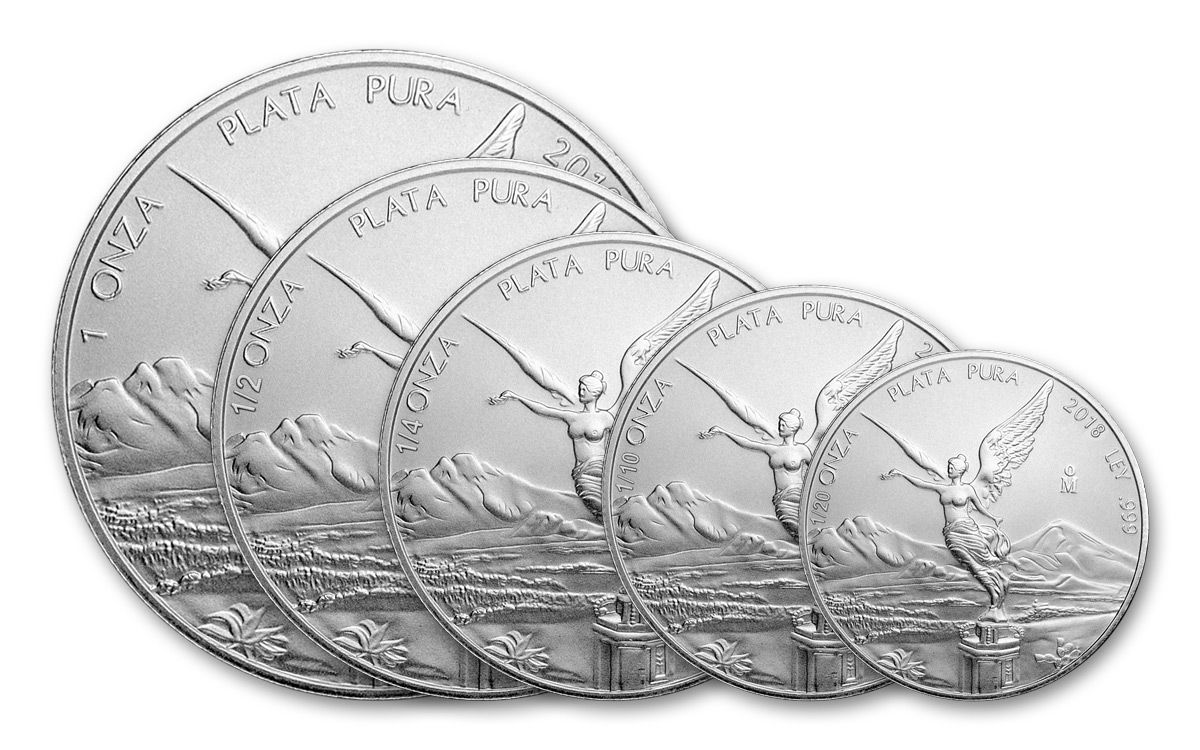 About the Silver Libertad Coin

Behind the figure of Winged Victory, is an image of two of Mexico’s most famous volcanoes, Popocatepetl and Iztaccihuatl, which are named from Aztec mythology. You can also find the weight (1 ONZA), material (PLATA PURA), year of mintage and purity of silver (.999) inscribed along the top half of the coin. There are also two letters written next to the right wing of the angel, “M” underneath and an “O” which is the mark of Mexican Mint.

On the reverse side of the coin, you will find current National Coats of Arms of Mexico (Golden Eagle killing the snake) surrounded by twelve Coats of Arms that have been used throughout country’s history. The only Inscription on this side of the coin reads in Mexican “ESTADOS UNIDOS MEXICANOS” which translates in English as “United Mexican States”.

Silver Libertads are produced by the Mexican Mint under supervision of the Mexican Government and the Central Bank. It is important to note that silver (and gold) Libertads do not have a face value, which is backed by the government.

The Mexican Mint produce the Libertad series in gold and in silver, and the 50 Peso coin, which is a restrike of the famous 1947 50 Peso gold coin.

The silver Libertad is a living piece of Mexican history. It is also a piece of world history as Silver Libertad was the first silver coin to be introduced for investment purposes.