The Royal Canadian Mint is Canada's primarly refinery and mint for manufacturing Canada's coin currency, and precious metals products with a legal tender value. The Mint is headquartered in Ottawa, but also maintains a branch in Winnipeg. Founded in 1899, the Royal Canadian Mint was originally a subsidiary of the Royal Mint in England, and was formed for the purpose of manufacturing and distributing gold sovereigns, which were used as currency in Canada when the territory was still a British colony. 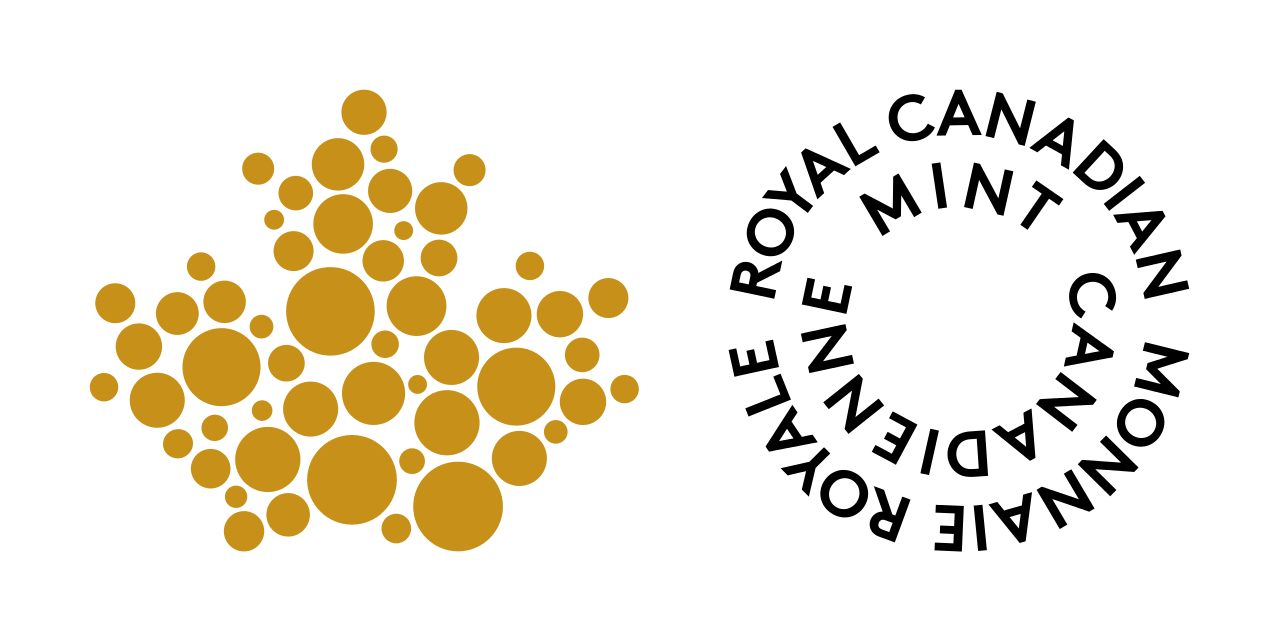 However, the Royal Canadian Mint (RCM) gained independence and slowly began to manufature currency on behalf of the Canadian government. The mint branched into the business of precious metals bars and coins starting in 1979, with the release of the gold Canadian Maple Leaf coin. This coin quickly grew in popularity, and very shortly overtook the gold Krugerrand coin as the most popular gold coin available to retail investors looking to buy government issued gold coins.

It was in the late 1970's and the early 1980's that the idea of retail gold and silver bars and coins was becoming popular, as it was apparent that individuals wanted to be able to invest in physical gold.

Today, Royal Canadian Mint products are some of the most popular precious metals items available worldwide. The Mint manufacture the world renowned Maple Leaf series, which is available in gold, silver, platinum and palladium. They have also launched their own ranges of gold and silver bars, which trade at a lower margin to the coins and are popular with investors looking to place larger amounts of money into physical gold and silver.

Royal Canadian Mint silver bars are available in only 2 sizes to retail investors: the 10 ounce RCM silver bar and the 100 Ounce RCM silver bar. The reason for this is that these bars have been designed for investment purposes. For individuals looking to purchase silver in smaller increments, the mint already sell the 1 Ounce silver Maple Leaf coin.

Both the 10 Ounce and the 100 Ounce RCM silver bars feature the RCM logo at the top, with the bar's weight, fineness and serial number below. The reverse of the 10 Ounce bar features a repeating pattern of a Canadian Maple Leaf, however this is not included in the design of the 100 Oz RCM silver bar. 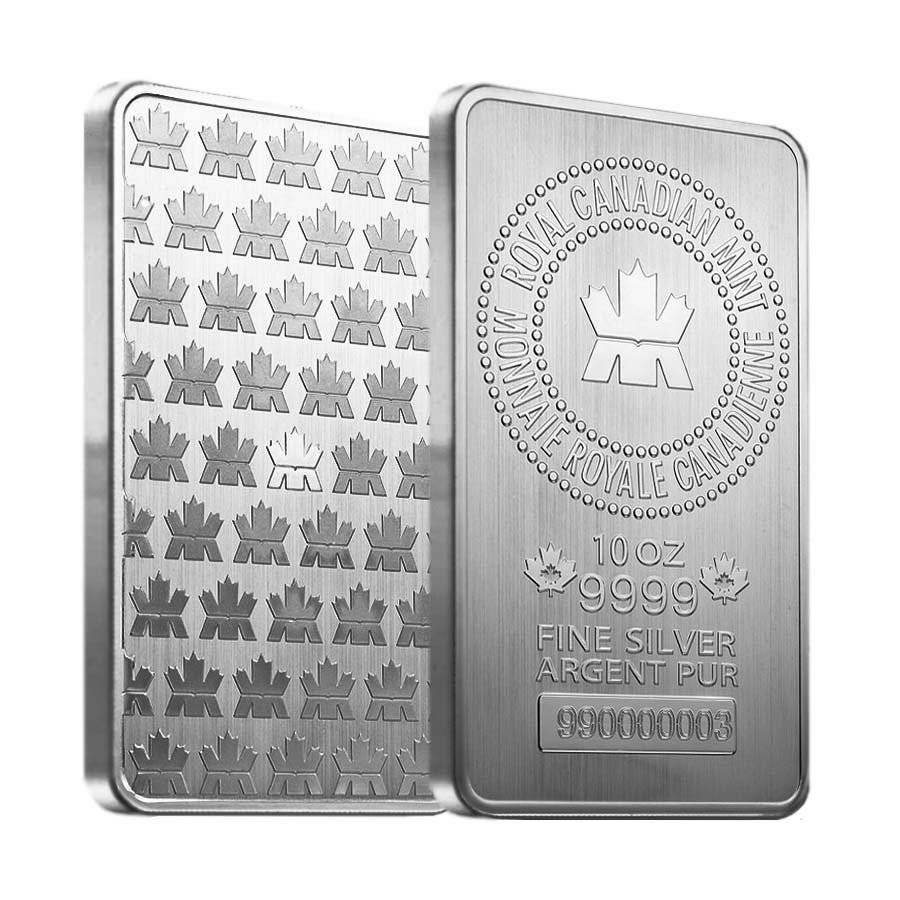 Royal Canadian Mint silver bars are priced in order to appeal to silver investors looking to purchase the metal at lower margins over the spot price than silver Maple Leaf coins. The bars are also popular with individuals looking to buy silver in larger quantities. Silver bars do not have a legal tender value in the same way that silver coins from the RCM do, however they still maintain the reputation of being manufactured by one of the highest quality precious metals refineries in the world.