Chinese Gold Panda coins are one of the most popular and diverse coins available on the market. The first batch of Panda gold coins was released in 1982 by the Chinese Mint. Since then the design on the front side of the coin has been updated annually, which has made the coin especially desirable with collectors. Gold Panda coins are notable not only for their variance in design but also for their limited mintings. In 2016 the Chinese Mint changed the size of the coin's denomination from ounces to grams. From 1982 until 2015, Chinese Panda coins were available in 1 Ounce and fractional ounce sizes. All gold Panda coins have a purity of 999 fine. 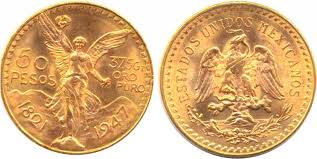 A History of Gold Panda Coin

The design of the Panda coin changes every year, yet it always features a Panda, the official animal of China. The reverse side of the coin, which has remained unchanged after its inception, depicts the Temple of Heaven located in Beijing.

The front of the coin changes each year, but always features China’s national animal, the Panda. The reverse side of the coin depicts a historic monument located in China’s capital – the Temple of heaven. The year of mintage is written along the bottom of the coin. The inscription located at the top of the coin translates to “People’s Republic of China”.

The gold Panda coin produced by the Chinese Mint is designed as an investment coin but is highly sought after by collectors because of its annual design changes. In 1986 a Proof set was introduced, which was issued annually for 6 years.  There is also extremely rare 1-kilogram coins, which are minted manually in very low quantities.

The Chinese Panda coin is available in gold and in silver bullion. Coins may be purchased for delivery or for secure Swiss vault storage.