Most every lip in Western Europe has an opinion of Brexit.  The opinions, though, don’t stop there.  Americans appear keenly interested in how Brexit plays out, as do Asians, and many others from across the globe.

Given that it appears most everyone in the financial world has an opinion about the Brexit situation, let’s take a look at one global market that may also have an opinion.  That market is the Bitcoin market.

Do you think Bitcoin cares about Brexit?

Think about it for a minute.  Bitcoin, the world’s most well-known cryptocurrency, responds (at least theoretically) to every economic factor.  One important issue on the mind of the financial world is Brexit.  This means that Bitcoin should, in theory, care about what Brexit means for the European, and by connection, the global economy.

Do you think that could really be the case?  Do Bitcoin buyers and sellers actually think about how Brexit might move the price of Bitcoin?  Well, let’s take a look at how Bitcoin did just before and just after the Brexit Referendum.

In blue is the period prior to the June 23, 2016 Brexit vote.  In orange is the age of Brexit.  Interestingly, the price of Bitcoin continued on a general upward trend following a short drop in the immediate aftermath of the Brexit vote. 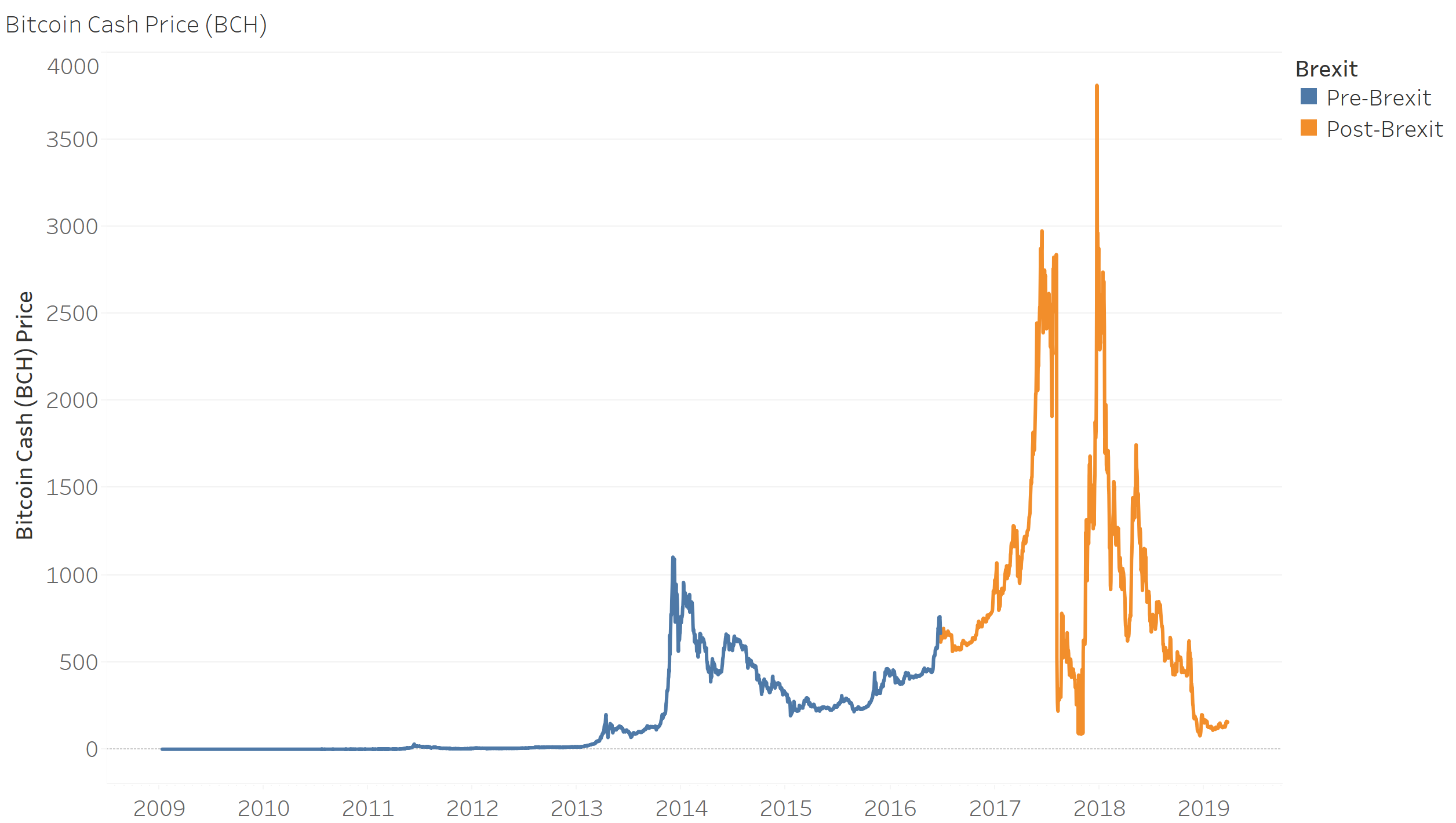 A Closer Look
It’s a little difficult to see the effect Brexit might have had on the price of Bitcoin from the broad history shown in the previous graph.  Let’s take a closer look at just the week before and after the Brexit vote.  Such a view is presented in the following figure.

Fascinatingly, it appears that Bitcoin buyers and sellers may have had some attention paid to the Brexit vote.

On the day of the Brexit vote, when indications were starting to come out that Brexit was happening, the Bitcoin price dropped.  The drop happened after a string of Bitcoin price gains that started on May 24, 2016.

Overall, and without doing the econometrics to prove a connection, it appears that prior to the Brexit vote, demand for Bitcoin may have surged as a hedge against problems a Brexit “yes” may have caused.

After the vote, Bitcoin gave up some ground, perhaps partly due to the deflation of an uncertainty bubble. 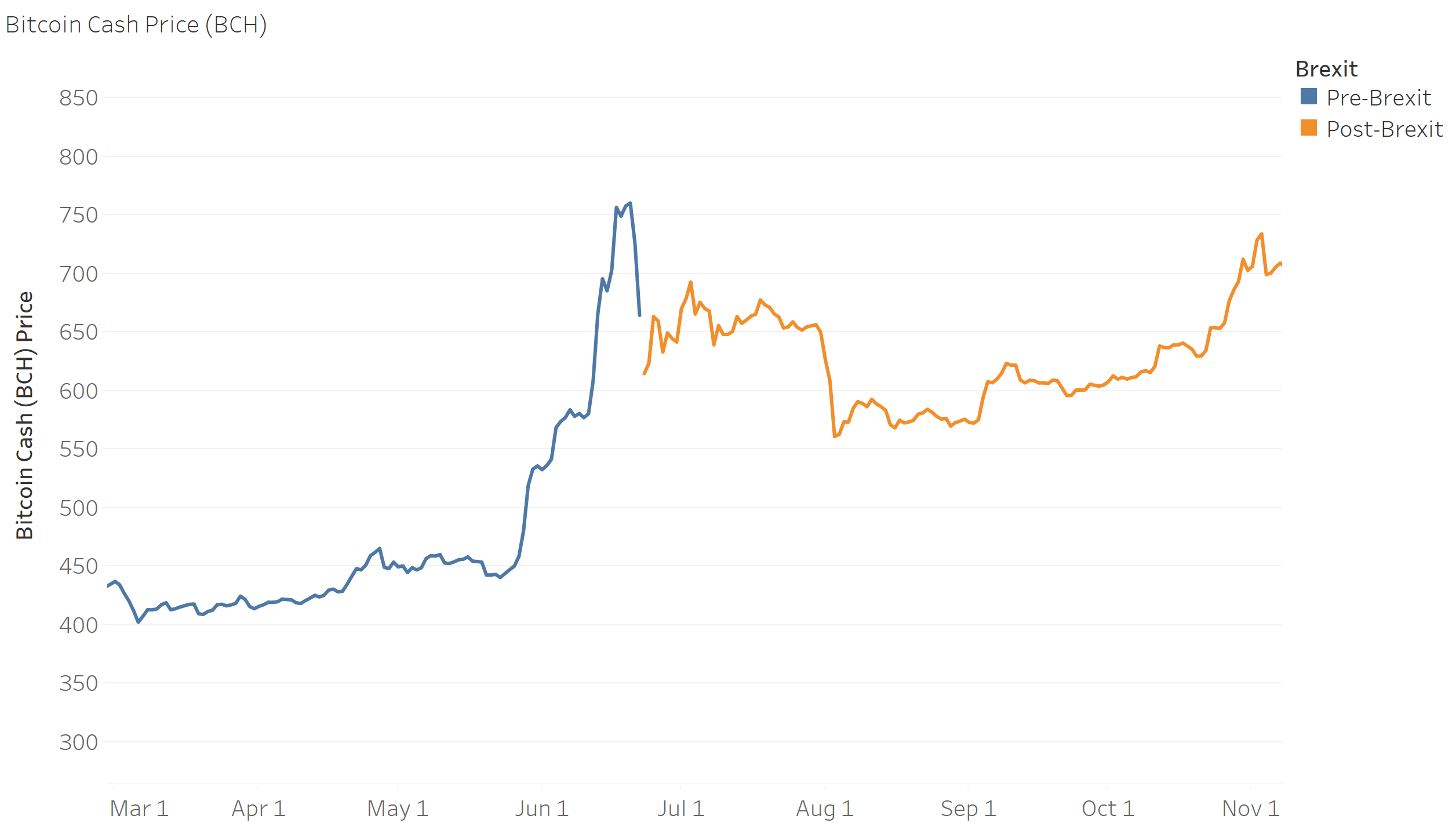 Conclusion
Overall, it appears that Bitcoin investors did care about how Brexit might affect global prices, and that Brexit may have affected the price of Bitcoin.  It’s an amazingly connected world we live in.