The Austrian Mint, or Münze Österreich as it is called in German, is Austria's main precious metals mint in Vienna. The mint is responsible for producing all of the monetary coins used in Austria, in addition to the line of precious metals products they sell. The most popular gold, silver and platinum items produced by the Austrian Mint are the Philharmonic gold and silver coins, and the Maria Theresa Thaler coins.

In 1989, the 'Austrian Mint' in its current structure was formed, as the mint assumed as a subsidiary of the Austrian National Bank. The mint is wholly owned by the bank.

Austrian Mint gold and silver coins are recognised worldwide, but are most popular among individuals looking to buy gold and silver coins in Europe. The Austrian Mint produces the Austrian Philharmonic series of gold coins, which are available in a range of sizes, from 1/25 Ounce up to 1 Kilogram. However, the most popular sized gold philharmonic coin is the 1 Ounce gold Philharmonic. The Philharmonic series is also available in silver, as a 1 Ounce coin, and as a 1 Ounce Platinum coin. 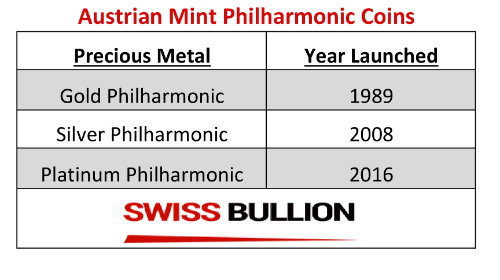 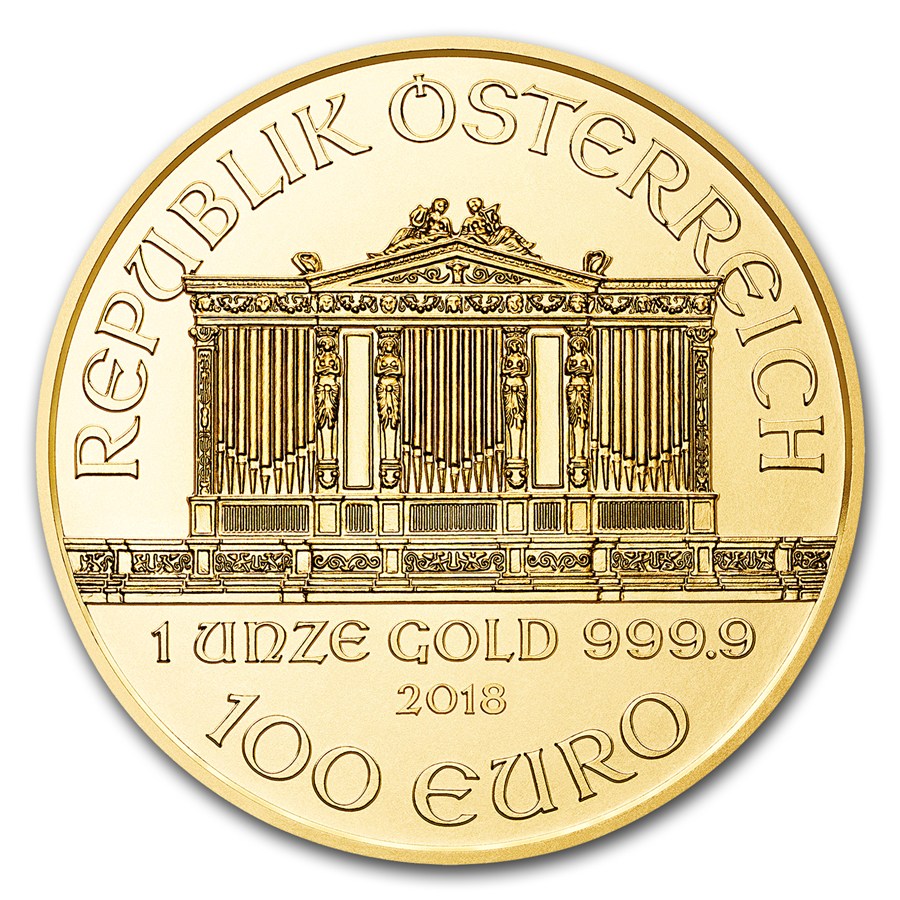 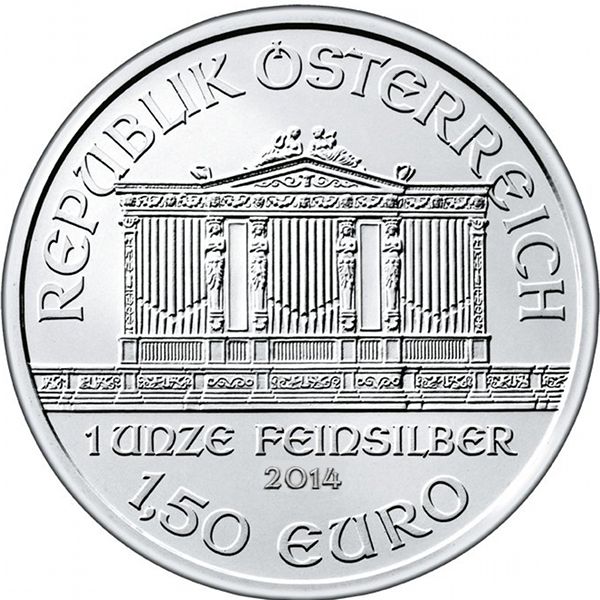 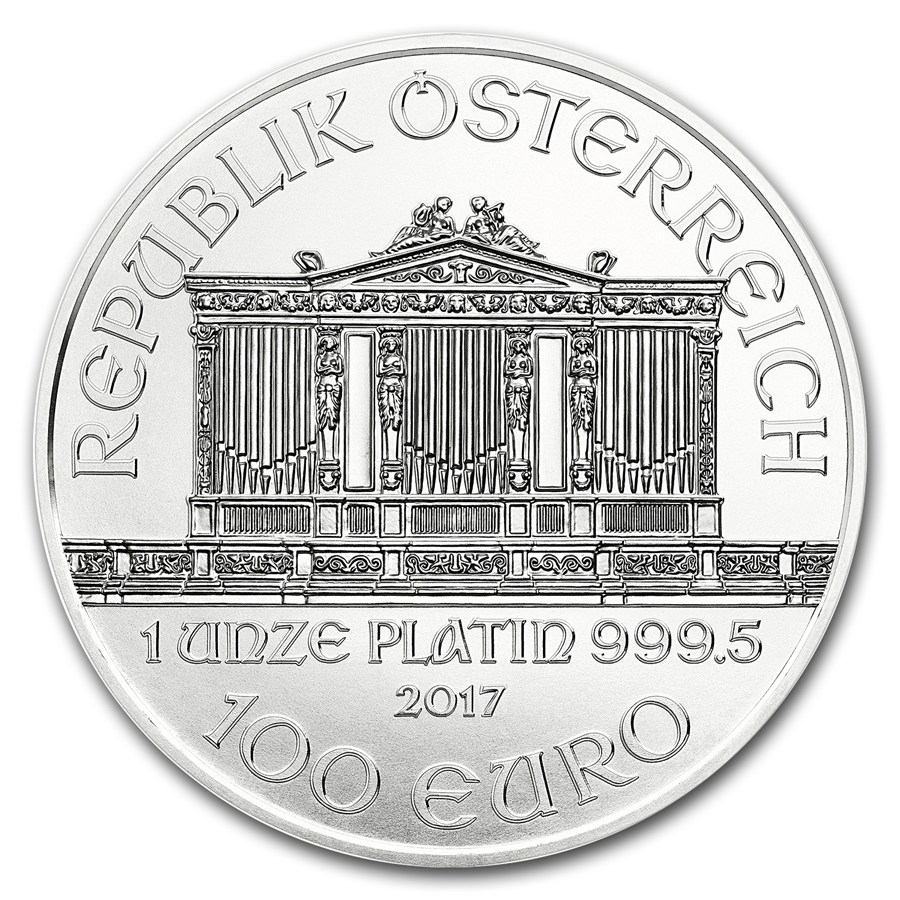 The gold, silver and platinum Austrian Philharmonic coins all feature a similar design, with an image of the famous organ located in the Viennese concert hall on the front. The coin's weight, fineness, year of minting and face value are located below the image. The reverse side of the coin features a design of a series of musical instruments used by the Vienna Philharmonic. These coins are more popular with gold, silver, and platinum investors than they are with collectors, as the designs do not change from year to year. In particular, the silver Philharmonic monster boxes are popular with clients looking to buy silver coins in Europe.

The front of each bar features the Austrian Mint logo, with the weight, fineness and serial number of the bar located beneath. Each bar has a fineness of 99.99% pure gold.  The reverse of each bar features a hologram of a Lipizzaner white horse, renowned in Vienna. The hologram technology was developed by Argor Heraeus, and helps secure the authenticity of the bar. However, these holograms are very beautiful and also add design value to the bars - the horse design is coveted by many gold buyers. 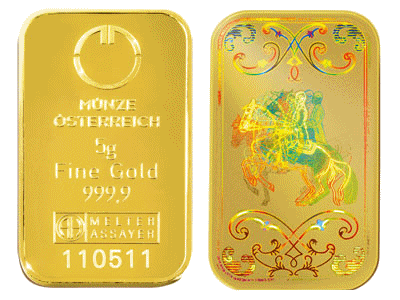