Are Currency Wars Reflected in Bitcoin?

China and the U.S. are not the only countries that have been caught up in currency war discussions as of late.  In fact, in February 2013, Google Trends reports that searches for “currency war” jumped after Japan announced policy measures that included a potential devaluation of their currency.  The European Union took aim at Japan’s move, and indicated a desire to fight Japan’s effort.  A potential currency war between the two areas fizzled out by the end of February 2013, with the G7 and G20 issuing statements committing to avoid competitive devaluation.

As background on the issue, the following is a Google Trends chart on global searches for “currency war” from 2004 to August 2019.

The strongest peak occurred in October 2010, when the U.S. and China appeared to be headed for a direct conflict on currency valuations.  Simultaneously, Brazilian Finance Minister Guido Mantega made headlines back then when he stated that a currency war may be the next big conflict across the world.

The concern, of course, fizzled out.  But the issue keeps coming up, which perhaps suggests that investors may want to consider alternative currency holdings in addition to their home country’s currency.  One such currency is the ever-controversial Bitcoin. 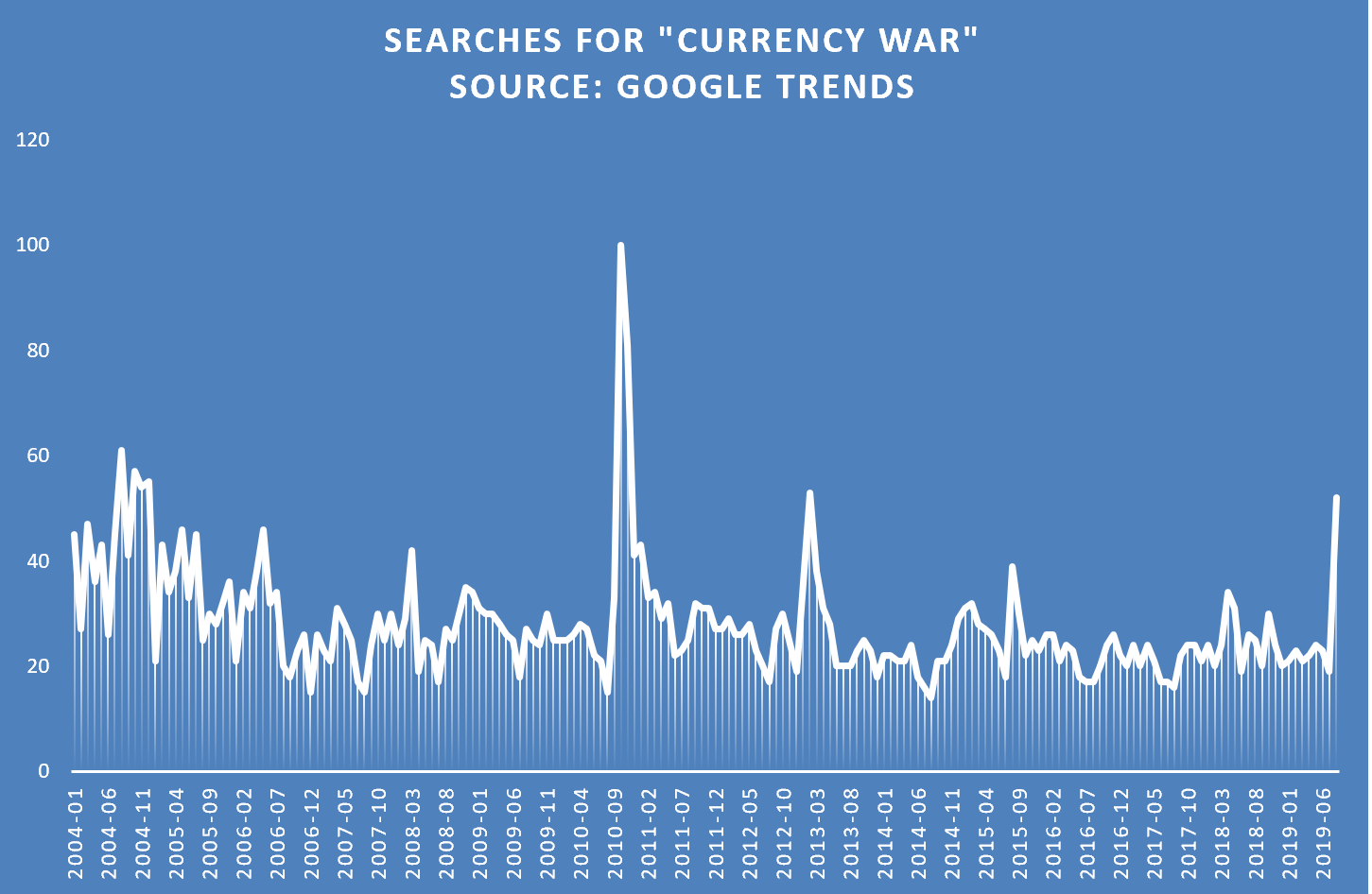 Bitcoin and Currency War Searches
One place to search for evidence that a potential currency war is being priced into markets is the price of Bitcoin overlaid with searches for “currency war.”  Such an overlay is depicted below.

The figure that follows has two graphs.  The top one is Google Trend’s index data for searches of “currency war”.  Without commenting too much, the figure shows a good amount of volatility in interest in currency wars.  This is unsurprising given the amount of political news people digest in today’s 24/7 media-centered world.

Fast forward to August 2019, and the recent jump in interest for currency wars has yet to really show up in the price of Bitcoin.  The key word in this sentence is “yet”.  Should a full-fledged currency war materialize, Bitcoin’s price would almost certainly be a big winner.