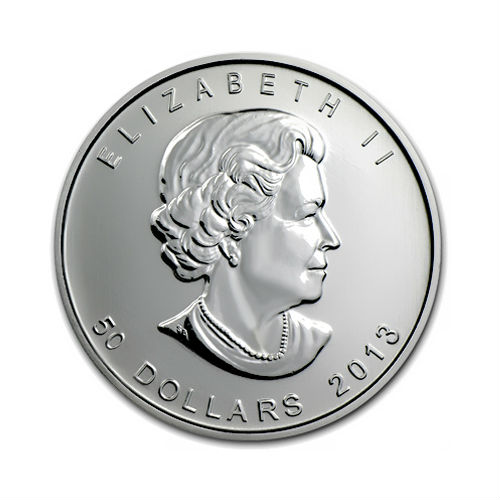 The Royal Canadian Mint is one of the only precious metals refineries to continuously produce a palladium coin. Investors who prefer palladium coins over bars should opt for the new 1-Ounce Palladium Maple Leaf coin.

The palladium maple leaf coin was first minted by the RC in 2005, with a limited minting of 40,000 coins. These coins are very popular with investors looking to buy palladium coins. The Perth Mint released a palladium Emu coin for a limited time which was soon discontinued.

The new 1-Oz Palladium Maple Leaf coin is supplied sealed in plastic.  Coins are available individually, or in sheets of 20 coins.

Palladium was considered a 'fringe' precious metals investment option until the last decade, when bullion investors began purchasing both platinum and palladium as a way to extend their holdings in physical metals. Palladium is much rarer than gold or silver, and as a result its price can have huge movements. The price of the grey metal has doubled in the last 4 years. For precious metals enthusiasts, it is worth considering holding some of yoru precious metals portfolio in palladium.

Palladium is a precious metal belonging to the Platinum Group of Metals and it’s collected as a byproduct in platinum and nickel mines. Palladium share chemical characteristics with platinum, and in most cases the metal is used as a substitute for platinum.

Palladium is mainly used in the manufacture of catalytic converters in the automobile industry. This metal is also used in electronics, jewelry, chemicals, and dental fillers.

Analysts predict that in the future palladium will remain popular among investors.

Storage and Delivery of Palladium Maples

Palladium Maple Leaf coins are available for worldwide delivery or for VAT-exempt storage in Switzerland. For clients looking to store their purchase in Switzerland, no VAT is payable until delivery is requested. Clients looking to purchase palladium Maple Leaf coins may also benefit from favorable repurchase prices when the coins are stored in Swiss Vault storage upon purchase.